PRODUCTION: Vladimir Blaževski Shoots The Year of the Monkey Featured 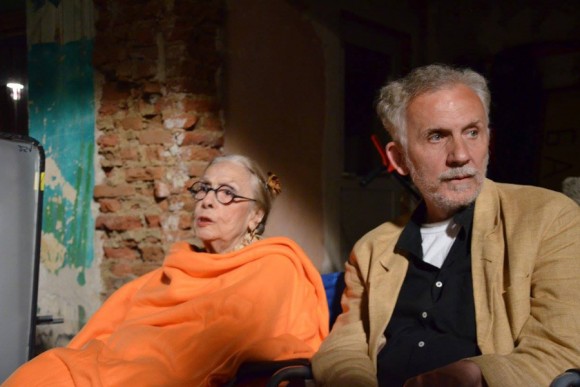 BELGRADE: Macedonian helmer Vladimir Blaževski is in production with The Year of the Monkey, a “soft” political satire about a peculiar friendship between a lonesome chimpanzee and a zoo warden.

Koko, a chimpanzee escaped from the zoo, becomes a rebellious hero in the cheerless environment of the Balkans. Meanwhile, Cobe, the zoo warden, gets fired because of the economic crisis but receives a promise from the director: if he manages to bring the fugitive back, he can get his job back.

The main characters are played by Igor Angelov, Koko the monkey and the Croatian thespian Marija Kohn.

“Taking into account that almost all countries of this region share a similar past, a similar social system and a similar sense of humor, the decision to try and coproduce with these countries came more or less naturally,” Popov stated.

The budget is 1.4 m. Serbia has been attached since the very beginning when Film Center Serbia gave the project a minority coproduction grant of 44,584 EUR/5.5 m RSD. “We have been waiting for the financial construction to come together since 2013 and it has finally happened”, Serbian coproducer Mina Đukić told FNE. According to Đukić the greatest challenge was to find the most convincing solution for the role of the monkey.

Shooting started on 8 June 2016 and is set to wrap on 10 August 2016. All the 52 days will be spent on location in Macedonia, mainly in Skopje, Bitola, Debar and the environs of Gostivar.

The premiere is not yet settled. Oktobar Film will handle the distribution for Ex-Yugoslavia. RTV Vojvodina has partly bought the TV rights.

Pank Film
Kozle 12A
1000 Skopje, Macedonia
Phone: +389(0)72315927
www.pankfilm.com
This email address is being protected from spambots. You need JavaScript enabled to view it.

Kiselo Dete
Dalmatinksa 17
11000 Belgrade, Serbia
Phone: +381112751230
This email address is being protected from spambots. You need JavaScript enabled to view it.

Strup Produkcija
Trubarjeva 81
1000 Ljubljana, Slovenia
+38631622595
www.strup.si
This email address is being protected from spambots. You need JavaScript enabled to view it.