FNE at Festival of Slovenian Film in Portorož: Together Featured 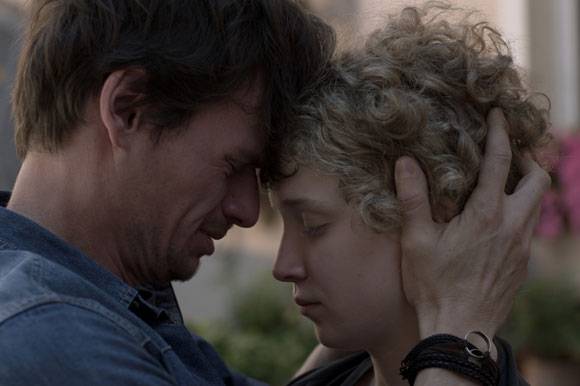 PORTOROŽ: Marko Šantić's sophomore feature Together / Skupaj will be screened in the competition of the 21st Festival of Slovenian Film in Portorož (10-15 September 2018)

A theatre actor Luka lives with his longtime partner Matej, a physician, and Matej’s teenage daughter Mia. Their life as a happy family is cut short when Matej suddenly dies. This death turns everything upside down and re-establishes the relationship between Luka and Mia.

The main characters are played by Primož Bezjak, Nadja Debeljak and Jernej Šugman, who died tragically at the age of 49 in 2017.

The film was entirely produced by Jani Virk through Sloveninan national television RTV Slovenija with the total budget of 542,575 EUR.

The 30-day shoot took place in Ljubljana and in the Primorska region in August 2017.

Marko Šantić was born in Split, Croatia,and graduated from the AGRFT. As a student, he made two short films that went on to receive a series of awards. Šantić is a screenwriter and director, who received a special mention at the 29th Warsaw International Film Festival and won the Vesna award for best director at the 16th Slovenian Film Festival in Portorož for his first feature film Seduce Me (RTV Slovenija, 2013).

Production Information:
RTV Slovenija
www.rtvslo.si/
This email address is being protected from spambots. You need JavaScript enabled to view it.