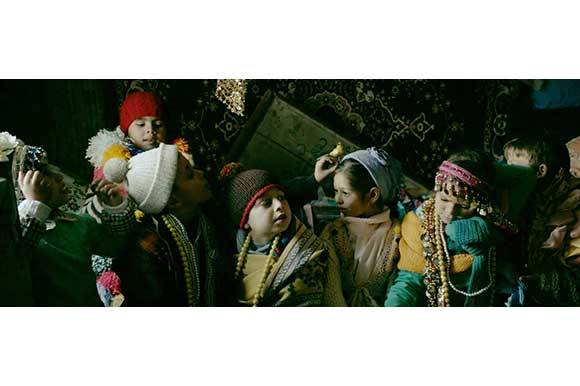 The Coppola Shorts Contest - A Platform for Groundbreaking Cinematic Voices

Coppola Shorts is an annual competition organized by American Zoetrope, addressed to young film professionals from all over the world.

The films are currently available to watch for free on Coppola Shorts: http://coppolashorts.com/

Gus Van Sant is one of the highly acclaimed filmmakers of contemporary cinema, signing legendary films such as “Elephant” (2003), “My Own Private Idaho” (2003) or the recent “Don’t Worry, He Won’t Get Far by Foot” (2018).

“It means to world to be acknowledged by the filmmakers that inspired us to study film in the first place and we are infinitely grateful for being part of this meaningful platform. We need more than ever bridges between emerging talents and experienced inspirational industry professionals and Coppola Shorts seems to be brilliant in facilitating this.” - mentioned Ioana Mischie, one of the honorary finalists.

“Cumulonimbus” is a Romanian independent short film directed by Ioana Mischie and produced by Storyscapes, with support offered by Studioset, CINETic and Scena 9.  The project reunited a team of Romanian talents: Radu Voinea (DoP), Retro Future (set design), Flora Pop (music) and the production process was coordinated by Sorin Baican, Ana Maria Pârvan and Ioana Mischie. The film is the continuation of a series of film workshops held for a group of children in Frumușani village.

“Cumulonimbus” depicts a remote community of villagers, lead by an archaic tradition - everyone has to be married (promised) before 7 years old. Andreea is now almost 8 , however she is keen to refuse to get married to her arranged half and she finds a charmingly playful way to reverse the tradition. The children in the village start a full-hearted revolution: they create their own improvised wedding ceremony, while hacking the initial arrangements. When they are discovered by the adult world, a radical turn unleashes.

The short film received a Gopo Award nomination for the Best Short Film and was also selected in numerous international film festivals, being screened on five continents up to date at festivals such as Thessaloniki IFF, Beijing ISFVF, Oaxaca IFF.

“As a child, I grew up in the countryside and that simplicity, that picturesque timelessness is now prolonged into the story worlds I explore. Inspired by a real premise at first, this contemporary fairytale aims to create a cinematic universe at the border of surrealism and authenticity. Philosophically-wise, we aim to open a series of questions and to explore the layers of an intricate tradition - the one of arranged marriages. How can we measure the ethics of a tradition? Do we have more freedom of choice as adults or do we fall even more into canons as we grow older? How can we discuss about this without being judgemental? And finally - are adults more entitled to talk about love than children? How can we open equal transgenerational paths? “  - are selective excerpts from the director’s vision created by Ioana Mischie.

A Romanian Female Talent on the Global Scene of Creators

Romania’s scene of women in film is becoming more vivid in the recent years.  Ioana Mischie is a Romanian-born cinematic storyteller (writer/director) and transmedia futurist, awarded for filmmaking, creative writing,  interactive concepts. Former Fulbright Scholar Alumna of USC School of Cinematic Arts, researching transmedia storytelling and mixed reality as part of her doctoral study. Her cinematic projects as writer/director have traveled to more than 70 festivals worldwide (Palm Springs ISFF, Hamptons IFF, Thessaloniki IFF), were developed in prestigious international programs hosted by the Berlinale Talents, Sundance - Capalbio, Cannes Market, Locarno and obtained numerous awards (Best Feature Script - FEST, Best Interactive Project - The Steamer Salon, Best Creative Project - SXSW Hackathon) . She has successfully collaborated as a writer/director with Channel 4 in the UK (for two doc webseries with a record of views in the UK) and with the Oscars-awarded Legende Films (for the short fiction “237 Years”). She is currently in post-production with Government of Children, a pioneering transmedia franchise to be released this spring. Envisioning the world as a neo-creative playground, she deeply believes that storytellers are the architects of the future (Buckminster Fuller).