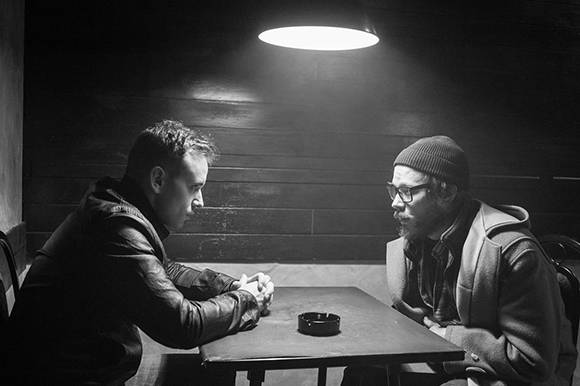 BELGRADE: Esteemed Serbian helmer Dejan Zečević has the domestic premiere of his ninth feature film Offenders / Izgrednici in the national section of the 2018 FEST, running from 24 February to 4 March 2018. The film was first screened at the 2017 Chicago IFF.

Guided by their maverick sociology professor, three students set up separate experiments around the city to prove his “Tetris” theory of chaos which states that human nature inevitably deteriorates from order to anarchy. With highly stylised black-and-white cinematography capturing the sharp angular lines of Soviet architecture and a pulsating electronic score, this Serbian Pi is a hypnotising journey into the dark souls and spaces of modern Belgrade.

Nikolina Vučetić Zečević produced the film through Biberche. The budget of 500,000 EUR was partially supported by Film Center Serbia.

Shooting took place on various locations in Belgrade and Novi Sad from 31 October to 31 December 2015.

Taramount Film will start the theatrical distribution of the film in Serbia on 8 March 2018.

Biberche
www.biberche.com
Nikolina V. Zečević: This email address is being protected from spambots. You need JavaScript enabled to view it.