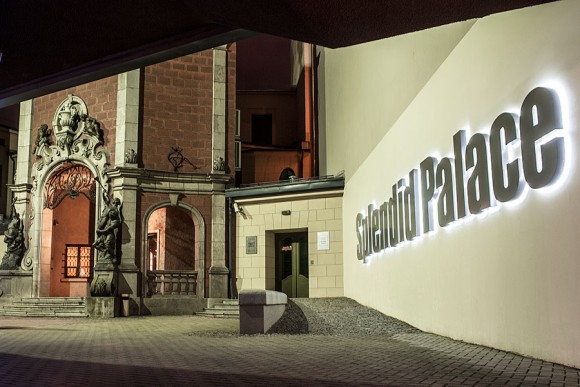 This month we speak with Aiga Stengrevica, the manager of Splendid Palace, a splendid cinema located in the historical center of Riga, in a national architectural monument founded in 1923 and built by the architect Fridrihs Karlis Skujins. Splendid Palace is the first building in the Baltic States built especially for cinema and it kept its purpose through the political changes, including WWII.

After its restoration in 2010, cinema Splendid Palace has renewed its visual gloss (neo-baroque style façade and diverse forms of neo-rococo style inside) and acquired advanced technical solutions. Excellent acoustic qualities of its halls make it attractive for different multimedia projects, concerts or opera retransmissions.

Cinema Splendid Palace has two halls - Great Hall (566 seats) and Small Hall (206 seats), and it is the main premiere cinema for national and European films, as well as the venue for national and international film festivals.

Aiga Stengrevica: Since cinema Splendid Palace is not only an architectural monument, but also a cultural establishment, we need to find a balance between film education and different multi-functional projects, opera live transmissions and concerts, which help us to fill up the screening hall.

Two of the biggest challenges for us are how to attract audience to an art house cinema and how to increase youth attendance. For this reason, cinema Splendid Palace makes segmented content offers for different audience groups, in recent years paying particular attention to attracting new audiences, working with different age groups – starting from specific screenings for seniors and students, followed by attractive weekends for children and cinema lectures for high school students, and finally our pride, a new project organised in cooperation with the youth organisation Jest, a project for young students about different cinema genres.

A.S.: Our programme consists of quality author cinema and art house films from Europe and other regions of the world that have gained attention at international film festivals. The cinema also promotes accessibility and popularity of Latvian national cinema, both at national and international level, so we try to screen the latest national films.

We also try to diversify the programme and, to the extent possible, to screen cinema classics, opera and concerts, to organise international film days and film festivals, and also screenings for different age groups: senior screenings, student screenings, school screenings, psychological screenings, when we invite professionals to lecture about the film or a theme that is reflected in the film.

For example, the psychological screenings offer a wider opportunity to watch films from various angles. As we have seen, these screenings attract a new and different audience, which thus complements our traditional number of viewers. An opportunity to obtain information about the psychological aspects of the film, to distinguish ethical issues and to participate in discussions with professional psychologists, is a new angle in communication with cinema goers, and we are promoting it for two years already.

Mostly in our programme we screen European films, and oftenly we are the only movie theater in Latvia where people have access to these films.

A.S.: We believe that the programme should be varied in order to attract different audience groups and to acquire new ones. We want to introduce our audience to movies produced abroad, so each spectator can create their own vision of cultural diversity through the films and cinema in general. Festivals give an opportunity to watch the latest, awarded films, which often do not attract the attention of distributors in our region, so they are no longer displayed on the screens in Latvia afterwards.

ls are a great way for communication; people come to our cinema "for the first time", they experience its special atmosphere and feel the desire to come back on a regular basis. So we extend the potential audience. At festivals we usually give a special prize, People's Choice Award, where our audience is involved in the film scoring process. For example, the essence of such an award at the Riga International Film Festival lies in the fact that the most successful film acquires the right to come back in our cinema. In 2016 Zoology by Ivan I. Tverdovsky received this prize.

For the first year we participated in the European Art Cinema Day, organised by CICAE ART Cinema and Europa Cinemas, where we screened Dawn / Ausma by Laila Pakalniņa, Latvia’s bid for the Oscar in the foreign language category. Before the screening we held a public discussion about European film screening habits, about the obstacles and prospects in Latvia, also involving the audience in this discussion.

A.S.: We are very proud that we can be a part of the Europa Cinemas network. This enables us to get to know, meet and find similar patterns of colleagues and partners in the world. It offers us positive examples about the ability to work in this segment and also helps us share our experiences, ideas and achievements by visiting Europa Cinemas conferences and seminars. It raises self-esteem and confidence in the future of European cinema and creates opportunities to coexist in the fierce competition with multiplex cinemas.

A.S.: We offer quality European art house cinema for our audience, and often we are the only place not only in Riga, but also in Latvia, to screen films exclusively. We firmly believe that through the cultural approach in film screenings we can educate the audience, let the viewers know more, expand their understanding and knowledge of cinema. We often plan film screenings with added value: lecturer participation (psychological film screenings, student screenings, youth lectures) when, before or after the movie, audience can learn something new about the director, the film theme or the film genre, and take part in discussions. This allows viewers to look at the cinema from various angles.

Cinema Splendid Palace is a place where we celebrate film, a place where people can meet at film premieres, special screenings, festivals, discussions and concerts. We think a lot about the atmosphere so we organise the events according to the specifics of the season and including the front yard of the cinema. We create the opportunity to attend opening events in August by bicycle, to celebrate the cinema birthday's in December with hot wine and gingerbread, and to use live music at the film premieres.

This year our cinema welcomed different series of events including workshops, restored film screenings, cinema concerts and a book presentation dedicated to the Latvian cinema master Jānis Streičs. All that helps us to stay close and to keep good relations with our audience.

Another wonderful instrument to actualise our programme with European and art house films, and also to attract young people, is the opportunity to participate in the 28 Times Cinema project. Together with the other Europa Cinemas theater in Latvia, K-Suns, we organse an internal competition. Together we select three candidates, whose applications we are sending to 28 Times Cinema programme. We greatly appreciate this opportunity that gives both the young people and us a wonderful opportunity to prove ourselves.

A.S.: Attachment of the young audience is very important to us, so we are trying to find our way on how to work with young people and how to attract them. In order to facilitate the access of young people, we have special discounts for students. We work with schools, informing them about the events that will be held in our cinema. We also organise special student screenings, where we show new films. Different lecturers or the students themselves talk with the audience, introducing them to the film and after the screening everyone can take part in a discussion. 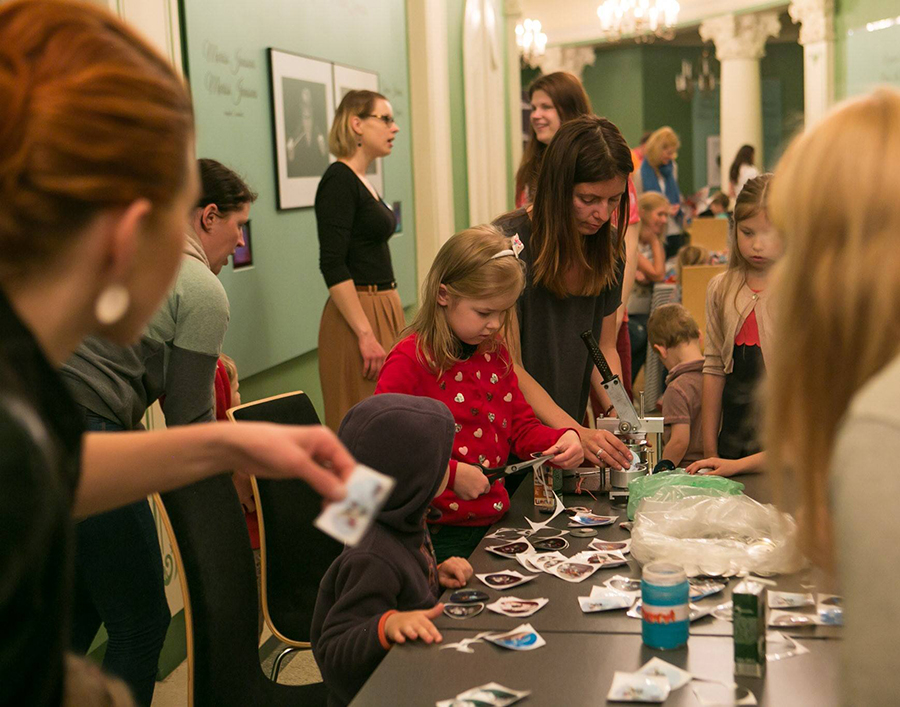 In collaboration with the youth organiation Jest in 2015 we started a special project for young students (13–18 years) about different film genres. In the implementation of this project we involve leading Latvian film experts and young cinema enthusiasts, who are willing to communicate and talk about their passion for cinema with people of their own age.

Genre selection (historical drama, musical, comedy, sci-fi, western, fantasy etc.) and presentations are entrusted to "the new lecturer", but his mentor, an experienced film critic, director or scientist, together with the young lecturer put the content of these lectures in the context of film history, at the same time referring to films that are topical for the younger generation.

In Latvian education system a film history course is not included in secondary schools, but the cinema is a very popular medium for young people. That’s why our Student Cinema lecture earned an undivided interest and responsiveness; there wasn’t a single seat left in our Great Hall. The main key to success is exactly the opportunity to combine "old" and "new", allowing to get to know new words and conceptions, and starting to think about cinema history values. In order to communicate with new audiences, we are working with Splendid Palace "messengers" in universities to disseminate our material. One of the greatest communication tools is social networks, which we actively use.

A.S.: First we digitalised the Great Hall in 2011, and the other hall in 2014. The digitalisation process has facilitated the availability of films and film screening by itself. Transition to digitalisation, significantly expanded the diversity of repertoire and dropped shipping costs for film copies, at the same time providing availability of film copies. Nevertheless, we have kept the 35mm projector, if the necessity should arise.

Tweet
More in this category: FNE Europa Cinemas: Cinema of the Month: Kino Bize, Riga »
back to top