PRODUCTION: I Want To Be Like You Wrapped Bulgarian Shooting Featured 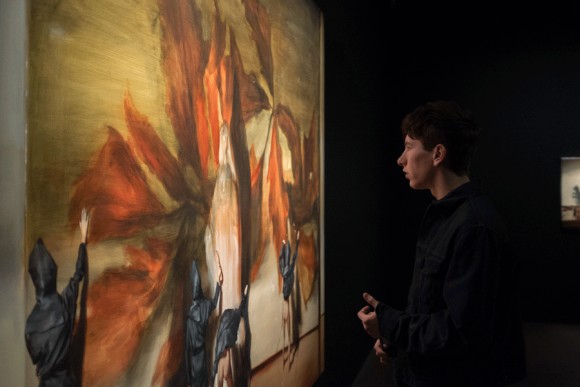 SOFIA: Konstantin Bojanov’s first English-language film, I Want to be Like You, wrapped the Bulgarian shooting and is currently shooting in Belgium until 12 October 2015.

Bojanov, who is now based in New York, wrote together with the British screenwriter Rebecca Lenkiewicz, a story about a teenager from London who dreams to become an artist, unconditionally adoring a famous French painter named Arnaud.

“Like my previous film Ave this one is also a road movie. Pushed by his worship for his idol, Pavel crosses several countries and passes through various life experiences. I am extremely grateful to the famous Belgian painter Michaël Borremans for allowing me to use some of his artistic works in the film”, Bojanov told FNE.

The international cast stars Barry Keoghan from Ireland, Thure Lindhardt and Kim Bodnia from Denmark, Lubna Azabal from Belgium, Solène Rigot from France and others. The cast includes Bulgarian actors Margita Gosheva, Elitza Mateva, Stanislava Nikolova and Ersin Mustafov. Nenad Boroevich is the DoP. The film is currently shooting in Belgium until 12 October 2015 before moving to London for a few days.

The budget is 1.5 m EUR. The film is a coproduction between Bulgarian Multfilm, British Film & Music Entertainment and Belgian Left Field Ventures. It is supported by the Bulgarian National Film Center. Bulgarian National Television is participating as a national coproducer. The UK and Belgian producers contributed to the budget by raising private investments and in accordance with the tax shelter instruments in their countries. Madrid-based Latido is handling the sales.