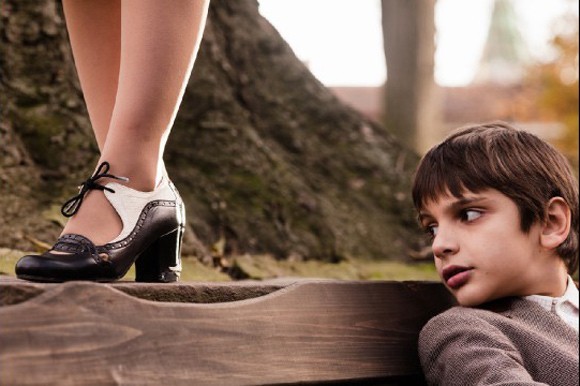 The Singing Shoes by Radoslav Spassov

VARNA: Radoslav Spassov’s period drama The Singing Shoes will screen in the main competition of the 34th Golden Rose National Film Festival (19-25 September 2016). The film is inspired by the unusual life of Lea Ivanova, a talented jazz singer, who became famous in mid-twentieth century.

After the fall of the Berlin wall Lea Ivanova’s husband, composer Edward Kazasyan, discovers that she had worked for the communist secret services. However, the film doesn’t follow Lea’s exact biography and for that reason the fictional character is called Lia. The script is written by Radoslav Spassov and Georgi Danailov.

“I wanted to show the dramatic survival of talented people in a totalitarian society and the high cost they had to pay. But I also wanted to show a great love story between two eminent artists, who faced incredible challenges”, Spassov told the local media.

The film was produced by Menclips is producing in coproduction with Kanina Film and Dream Team Films with a budget of 826,000 EUR. The film was supported by the Bulgarian National Film Center, the Sofia Municipality and the National Palace of Culture.

The Singing Shoes was shot between November 2014 and July 2015 mostly in the towns of Sofia, Ruse and Pernik, which preserved a typical atmosphere from the beginning of the XX century.

“The biggest challenge for us was getting the rights of the famous international songs from Lea Ivanova’s rich repertoire. Securing funds to cover that part of the budget delayed the completion of the film. But we did it!”, producer Gergana Stankova told FNE.

The world premiere took place on 29 June 2016 at the 38th Moscow International Film Festival, where the film was awarded the Special Jury Prize Silver George. The Sofia premiere is set for November 2016 during the Cinemania Film Festival, organised by the National Palace of Culture. Domestic distribution is still in negotiation.

Dream Team
51b Bulgaria Blvd.,
1404 Sofia, Bulgaria
Phone: +35929533345
This email address is being protected from spambots. You need JavaScript enabled to view it.
www.dreamteamfilms.com