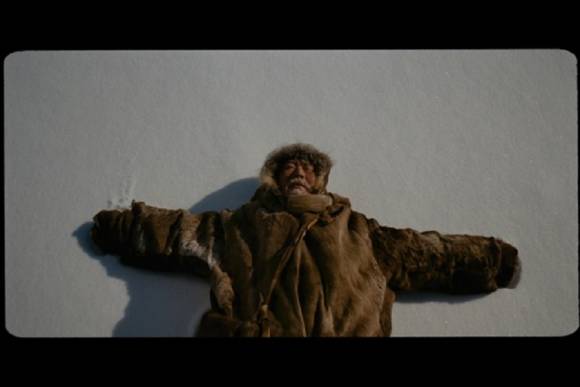 SOFIA: Bulgarian film director Milko Lazarov is in postproduction with his second feature film Nanook. This Bulgarian / German / French coproduction was shot in Sakha (Yakutia) Republic within the Russian Federation, known as one the coldest places on earth. The project will participate in the forthcoming CineLink Work in Progress of the Sarajevo IFF.

The script which Lazarov co-wrote together with Simeon Ventsislavov tells the story of an aged couple living in their igloo in the old Inuit way. When their daughter comes back home from Europe a clash between modern and old values breaks.

“I am interested in how these Eskimos, who survive in conditions unbearable for modern people, have succeeded in conserving the delicacy in their interpersonal relations and perceive life with smiles and sympathy,” Lazarov told FNE. Known for his minimalistic style and long shots, he intends to continue his delicate observations on human nature.

The main cast is composed by Mikhail Aprosimov, Feodosia Ivanova, Galina Tikhonova, Sergei Egorov and Afanasy Klaev, who come from Yakutia. Most of the technical crew is Bulgarian.

Shooting took place in spring 2017 and lasted for 35 days. It was the first time when a Bulgarian film director worked at temperatures below 30 degrees. “The team was provided with Arctic equipment, something very important in extreme weather conditions,” Bulgarian producer Veselka Kiryakova told FNE. Mongolian production designer Agi Dawaachu, who is living in Germany for over 30 years, designed an authentic yurt, which was installed on the frozen Lena River. The film was shot by the DoP Kaloyan Bozhilov on 35 mm with anamorphic Cooke lenses.

Red Carpet
This email address is being protected from spambots. You need JavaScript enabled to view it.