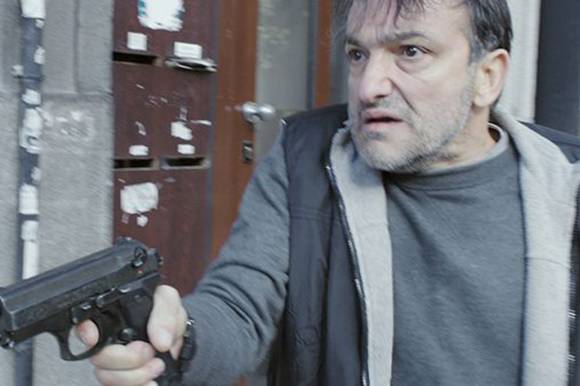 VARNA: Stephan Komandarev’s low budget film Directions (aka Compatibility) will screen in the main competition of the 35th Golden Rose Bulgarian National Film Festival (30 September - 7 October 2017). The world premiere of the Bulgarian/German/Macedonian coproduction took place on 19 May 2017 at the Cannes Film Festival, where the film screened in the Un Certain Regard programme.

Based on real events, the script written by Simeon Ventsislavov and Stephan Komandarev interweaves six contemporary taxi drivers’ stories and a free interpretation of Anton Chekhov’s short story Grief. “I changed the title during the shooting, because I found out that Directions reflects better the heart, the soul and the true dynamics of the film”, Komandarev told FNE.

Preproduction started in March 2016, with scouting of locations and a test shooting of the whole film with a small digital camera. The real shooting in nocturnal Sofia took place in November and December 2016 and lasted 24 days. There are roughly six one-frame episodes, some of which go uninterrupted for nearly twenty minutes. “DoP Vesselin Hristov proposed to me the one shot method. I am very pleased, because now the film looks realistic with totally free actors. A key person for us was crime psychologist Todor Todorov, one of Bulgaria’s best experts in solving suicide issues”, Komandarev added.

Komandarev produced the film through Argo Film in cooperation with Stelios Ziannis through Aktis Film Production and Vladimir Anastasov through Sector Film. The film was supported by the Bulgarian National Television, the Bulgarian National Film Center the German Mitteldeutsche Medienförderung (MDM), the Macedonian Film Agency and Eurimages .

ARRI is handling the international distribution rights and already sold the film in over ten territories. Domestically the film will be released in the beginning of 2018.

Aktis Film Production (Germany)
This email address is being protected from spambots. You need JavaScript enabled to view it.

Sektor Film (Macedonia)
This email address is being protected from spambots. You need JavaScript enabled to view it.
www.sektor.com.mk