PRODUCTION: Bulgarian Director Ivan Nichev In Postproduction With Could You Kill Featured 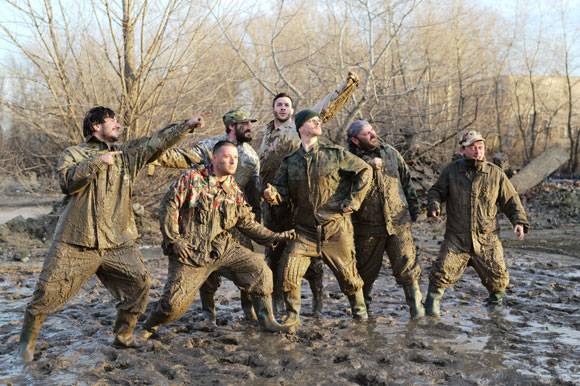 Could You Kill by Ivan Nichev

SOFIA: Acclaimed Bulgarian director Ivan Nichev is in postproduction with a feature film Could You Kill aka Old Men, an alarming drama about seven impoverished 30-year-old men, getting obsessed with hard physical self-training. Their collective dream is to become contract soldiers and to take part in the NATO's military missions.

All seven men have a common past as fellow soldiers in the last obligatory recruitment of the Bulgarian regular army service in 2008. Poverty, unemployment, terrorism and illegal immigration are among the sharp contemporary topics of the script penned for nearly 10 years by Yurii Dachev, Tatiana Granitova and Ivan Nichev.

„The members of our colourful male group have no stable incomes or jobs. Therefore, they brutally train themselves believing in their victories over an imaginary enemy. Their naïve and sometimes comical behaviour is a direct result of the constant mix of fear and illusions they live with”, Ivan Nichev told FNE.

Ivan Nichev’s Cinemascop is producing with the support of the Bulgarian National Film Center and the Creative Europe MEDIA programme. The budget is around 600,000 EUR.

Shooting took place in March-April 2018 and it lasted only 29 days. The principal shooting place was a highly neglected former state factory, located in an area of 1,300 acres in the town of Vidin, on the Danube. Nearly 20% of the film was shot on specially constructed sets in Sofia. DoP Tzvetan Nedkov shot more than half of the film on Steadycam.

Production Information:
Cinemascope
www.ivannichevfilms.com
This email address is being protected from spambots. You need JavaScript enabled to view it.