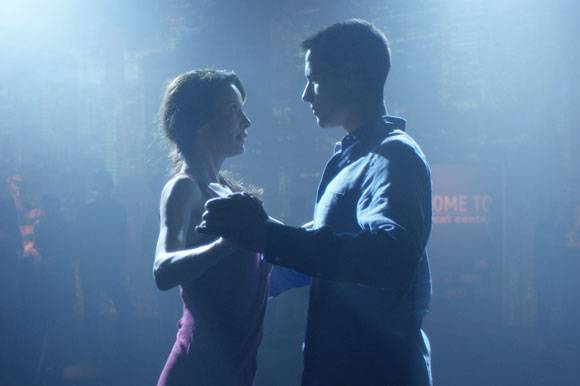 VARNA: Martin Makariev’s sophomore feature Attraction will screen in the main competition of the 36th Golden Rose National Film Festival (27 September-4 October 2018). This is an independent movie produced by famous actress Yana Marinova, who also co-wrote it and plays the main character.

The plot revolves around Lora, a beautiful and intelligent history teacher, who used to be a professional dancing competitor. Her love for both teaching and dancing confronts her with unexpected challenges. She chooses to make the right moral choice. Famous actress Yana Marinova, Borislav Zahariev, Georgi Angelov and Aleksandar Chobanov co-wrote the script.

The film was shot in only 23 days in August 2017. The main locations were in Sofia and Varna.

“The biggest challenge for most of the actors, including myself, was that we had to dance in a perfect way. For months I was training very hard, guided by choreographer Atanas Mesechkov and hip-hop expert Plamen Andreev-Pacho. Actually, we had Bulgaria’s best dance coaches with us. People were strongly motivated, they worked like robots”. Yana Marinova told FNE.

Yana Marinova is also the producer through her company Spirit Production House in association with Indiefilm with a budget of around 400,000 EUR. The film was supported by NOVA Television.

The domestic distributor Lenta released the film theatrically on 23 February 2018. The film topped the box office with around 23,000 admissions per week. Total admissions are 114,000. A second domestic distribution sequence is planned for the end of 2018, preceding the broadcast of the film on Nova TV.

The first territories where sales agent FreeDolphine Entertainment sold the film were Japan and France.

Production Information:
Spirit Production House
This email address is being protected from spambots. You need JavaScript enabled to view it.