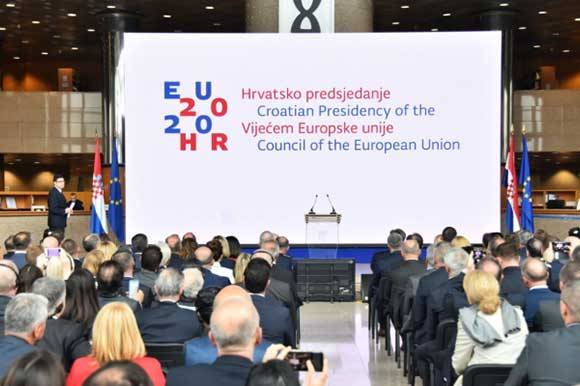 ZAGREB: The Croatian Audiovisual Centre (HAVC) has planned a series of international events as Croatia holds the presidency of the Council of the European Union from January to June 2020, for the first time since its accession in the EU in 2013. Among them is the Eurimages assembly in Zagreb from 17 to 20 March 2020 and the meeting of the European Film Agencies in Zagreb on 1 April 2020.

"The Croatian presidency is a good opportunity to start talking about the needs of the entire AV industry, especially in terms of online services. It's good to have a dialogue, not only among us but also in Brussels. I hope film professionals will meet more understanding for their needs as a result of the ongoing conversation”, said Christopher Marcich, head of HAVC.

The international events will also include the Ministerial conference Towards an Ambitious EU Agenda for a Thriving AV Sector, which will be held in Cannes on 17 May 2020, as well as the Croatian evening with Zlatko Burić and the screening of the actor’s new film,

Extracurricular directed by Ivan Goran Vitez and produced by Interfilm, in Copenhagen on 3 March 2020.

During the presidency period, an Intellectual Property Conference will be held in Zagreb on 19-20 February 2020, while the EUIPO Public Sector Representatives Meeting & Working Group Meeting is scheduled for 3-5 March 2020.