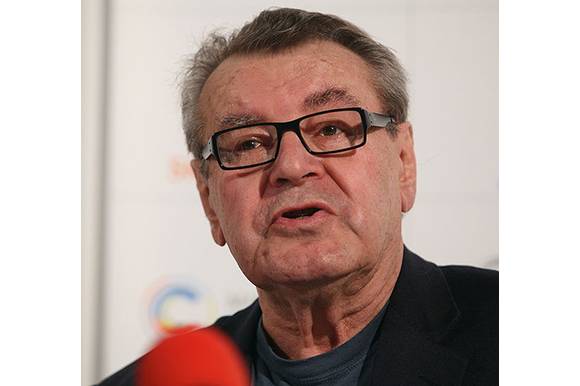 Forman studied screenwriting and began his professional career as an assistant to the influential theatre director Alfred Radok at Laterna Magika and the Brussels 1958 exhibition, both of which combined film and live theatre. His first film credit was a 1960 documentary about Laterna Magika, which he co-wrote and co-directed with Jan Kadar (The Shop on Main Street, winner of the 1966 Oscar for Best Foreign Language Film).

Forman attracted international attention with his second feature film, Loves of a Blonde, which was nominated for the Best Foreign Film Oscar in 1967. The film starred his sister-in-law at the time, Hana Brejchová. Two years later Forman’s next film, The Fireman’s Ball, was also nominated in the same Oscar category. The film, widely interpreted as a satire on the Communist system and Czechoslovak society, elicited controversy from the fire-fighters and the government, and after three weeks in cinemas it was banned. Forman was in Paris during the Communist invasion in 1968 and decided not to return to his homeland. He settled in the U.S., eventually teaching film at the Columbia University.

His first American film, Taking Off, retained the black comedy elements of his Czech films. It won the Grand Prix at Cannes in 1971, but was a box office failure. However, four years later, Forman established himself at the top tier of filmmakers with One Flew Over the Cuckoo’s Nest. The film captured the top five Oscars: Best Film, Best Actor, Best Actress, Best Screenplay, and Forman’s first Best Director award.

His next two films, Hair (1979) and Ragtime (1981) were both high-profile productions, earning Golden Globe and Oscar nominations, and in 1984 he achieved a career high-point with Amadeus. The film, which was adapted from Peter Schaffer’s Tony-nominated play, won eight Oscars, including Best Film, a second Best Director Oscar for Forman, Best Costumes for Theodor Pistek and Best Art Direction for Karel Cerny and Patrizia von Brandenstein. Forman returned to Prague to make the film, using the Tyl Theatre (now the Estates Theatre), where Mozart premiered his opera Don Giovanni, just before the theatre underwent an extensive renovation. Forman said at the time that Prague was the only city where one could turn the camera 360 degrees without seeing any signs of modernisations in the old historic center. The film used the services of Barrandov Studio, which was the producer of Forman’s last Czech film The Fireman’s Ball.

Forman’s output became more sporadic in the following years. His1989 film Valmont earned a Best Costume Oscar nomination for Theodor Pistek, but got mixed reviews and was a box office failure. Forman’s next film, The People vs. Larry Flynt (1997) brought another Best Director Oscar nomination for Forman. Arguably his strangest film production, Man on the Moon (1999), won a Golden Globe for Jim Carrey in the role of Andy Kaufmann. The making of that film was itself the subject of a 2017 documentary, which reveals a patient Milos Forman dealing with Carrey’s deep-method approach to the project. Forman’s final solo directing credit was the 2006 film Goya’s Ghosts.

Forman was married to the Czech film star Jana Brejchová from 1958 to 1962. In 1964 he married Vera Kresadlova and had twin sons, Petr and Matej Forman, who have established an reputation for their innovative theatre productions. Forman was married a third time, in 1999, to Martina Zbořilová, with whom he had twin sons Andrew and James, names for Andy Kaufmann and Jim Carrey.

Forman received the Crystal Globe for Outstanding Artistic Contribution to World Theatre from the Karlovy Vary IFF in 1997.