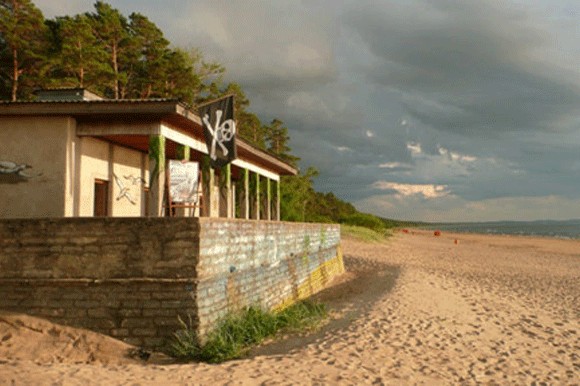 COTTBUS: The personal story of a young woman’s confrontation with the specter of cancer, A Coat of Gold directed by Cristina Grosan and produced by Dora Nedeczky, won the Connecting Cottbus Best Pitch Award and a cash prize of 1,500 EUR. The prize also includes accreditation to the Producer’s Network in Cannes.

Turkish producer Zeki Peynirci picked up the CoCo Post Pitch Award, 25,000 EUR worth of postproduction services provided by German company The Post Republic, for The Escape.

While the line-up included some established producers and directors (including Anca Damian, Milos Radovic and Andras Muhi), low budget debut films were the plat du jour at the 2014 edition of the Connecting Cottbus East-West coproduction market. CoCo director Bernd Buder, who will be stepping down following the 2014 edition to focus on his role as Programme Director of the Cottbus Film Festival, told FNE that budgets reflected the geographical scope of CoCo, with films coming from countries of low audiovisual capacity and funding, as well as CoCo’s philosophy. “In general markets like Connecting Cottbus are always a good starting point for young directors. It’s a good tool … to get established, and a good opportunity to introduce new talent,” Buder told FNE, adding, “Connecting Cottbus is more art house.” Replacing Buder for the 2015 edition will be Rebekka Garrido, CEO of Manderley Films.

Budgets were as low as 450,000 EUR for the Estonian/Russian project The Dream Fish produced by Max Tuula of Marx Film and 520,000 EUR for the Albanian film The Daybreak directed by Gentian Koci, both feature debuts. On the high end of the spectrum was the 1.56m EUR film Owl, the Baker’s Daughter, anoir genre psychological drama directed by internationally acclaimed theatre director Gregorz Jarzyna (making his feature film directing debut) and produced by Michal Gozdzik of Teamwork Production and Lukasz Dziecol of Opus Film, one of the few films coming in at over 1m EUR. Dziecol told FNE that the film found a coproduction partner at the CoCo meetings.

The exceptions were a pair of films budgeted at 2m EUR. The producing/directing team of the German project The Vegetable Lamb, the “special award pitch 2013” film by the winner of last year’s Cottbus IFF, Tomas Sieben, were in Cottbus seeking coproducers from Bulgaria and Bosnia-Herzegovina for the Central Asian-set story. The 2m EUR Ukrainian project Alexander Dovzhenkho. Odessa Debut already picked up Finnish and Argentinian coproducers when it pitched at Moscow Business Square.

Films from a far-flung range of territories came to Cottbus with CEE coproducers attached.The Turkish 640,000 EUR film The Escape recently found a Bulgarian coproducer, Konstantin Bojanov of Argentum Lux Films and as a result will shoot part of the film in Bulgaria. Bulgaria is expected to provide 100,000 EUR of the film’s budget.The Croatian production company Propeler Film is on board as a partner on the Serbian film The Five Skyscrapers directed by Rastko Petrovic and produced by Snevana Penev of This and That Productions. The debut coming-of-age comedy has 50% of financing in place for its 500,000 EUR budget. The film received the highest number of requests for one-to-one meetings following its CoCo pitch.

Hungary sent two debut films: Spiral produced by Andras Muhi of Inforg-M&M Film and directed by Cecilia Felmeri, and A Coat of Gold produced by Dora Nedeczky of Mindwax and directed by Cristina Grosan. The two Hungarian films also attracted some of the highest interest from coproducers and sales agents at CoCo.

The new Georgian company Ababluda Film pitched its first project The Button directed by Alexander Kviria with a budget of 702,000 EUR.

The day of pitching ended with the enthusiastic and long presentation of the film Piazza dell Unita consisting of five love stories, four languages, and three genres taking place within three hours on a hot summer day in the main plaza of the Italian border town of Trieste. The 600,000 EUR film by writer/director Milos Radovic and produced by Milena Garfield of West End Productions has 143,000 EUR of funding in place from Film Center Serbia and Italy’s FVG film fund. The film will shoot in August 2015.

CoCo also noted a number of films pitched in previous years which have found success, including the Kosovo film Three Windows and a Hanging by Isa Qosja which received a special mention and the DIALOGUE Prize at this year’s Cottbus film festival.