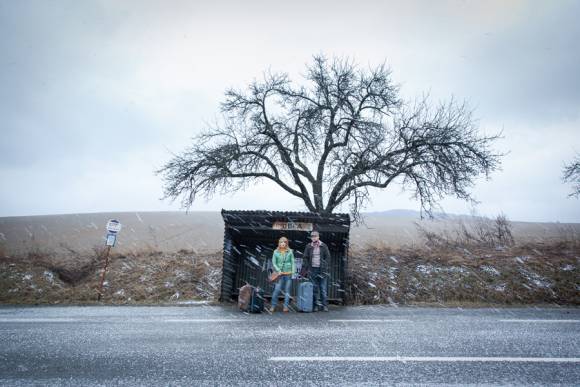 The Line by Peter Bebjak

KOSICE: The Line by Peter Bebjak will screen in the Slovak Season section of the 26th Art Film Fest, which runs 15 – 23 June 2018 in the Eastern Slovak city of Kosice.

The Slovak/Ukrainian coproduction, which was showcased at the12th CentEast Works In Progress, has been a huge commercial and critical success. It went on to become a box office hit in Slovakia, represented Slovakia as its Oscar bid for 2017, won prizes at the Chicago IFF and Karlovy Vary IFF, was the most awarded film at Slovakia’s Sun in a Net national film awards and most recently won the best film prize at Finale Plzen in April.

The story follows Adam Krajňák, the father of a family and the head of organised crime at the Slovak-Ukrainian border. His oldest daughter is about to marry a local thief, his Ukrainian partner begins to rebel and a new product – narcotics – appears on the border. Alexander Bárta, Emília Vášáryová, Eugen Libezňuk play the main characters.

"We are exploring not only the physical borders but also the moral ones, and the transformation of people who cross them. Our tagline is: There are borders you cross only once", producer Wanda Adamík Hrycová told FNE.