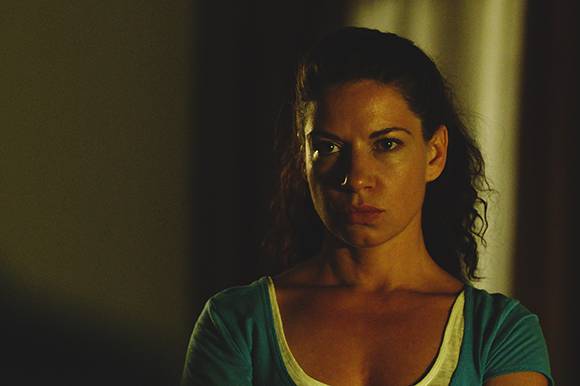 The Basics of Killing by Ian Cvitkovič

PORTOROŽ: The Slovenian/Serbian drama The Basics of Killing / Družinica directed by the acclaimed Slovenian director Ian Cvitkovič, will be screened in the competition of the 20th Slovenian Film Festival in Portorož (12-16 September 2017). The film got the best actress award for Irena Kovačevič at the Montreal World Film Festival (24 August – 4 September 2017).

The Basics of Killing aka Our Family tells a universal story in four parts: the Idyll, the Crisis, the Collapse and the Catharsis. “During my research for the screenplay, I studied the decline of the Slovenian middle class and I was astonished to find how quickly a well-situated, middle-class family can be ruined because of financial difficulties. In cases where both of the parents are suddenly out of work, there is a chance that the family will not be eligible for social assistance or any other form of social care for another two years. In such cases, a complete breakdown of both adults and children occurs on a social, psychological and emotional level”, Cvitkovič told FNE in summer 2016, when he started shooting.

The film was produced by Andrej Štritof and Aleš Pavlin through Perfo Production in coproduction with Radiotelevizija Slovenija and with Miroslav Mogorović through Pilon Media, with a budget of 863,300 EUR. The project was supported by the Slovenian Film Center, Viba film and the Serbian Film Center.

The film was shot in Ljubljana in July-August 2016 and will be domestically released by Fivia on 12 October 2017.

Cvitkovič is currently working on his new film, Hotel Alcohol produced by Staragara.

Perfo Production
www.perfo.si
This email address is being protected from spambots. You need JavaScript enabled to view it.

Pilon Media
This email address is being protected from spambots. You need JavaScript enabled to view it.

RTV Slovenija
http://www.rtvslo.si/
This email address is being protected from spambots. You need JavaScript enabled to view it.