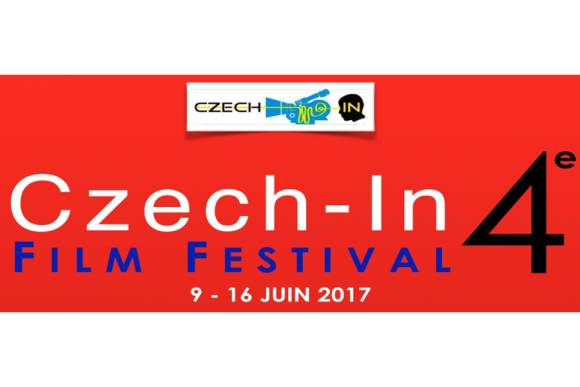 Launched in 2009, the Czech-In Film Festival, from the 9th to the 16th of June, will present Paris with the best of recent Czech and Slovak cinema. Amongst 75 feature-length films and documentaries from the Czech Republic, and 43 from Slovakia in 2016, the most remarkable have been selected for the Parisian public, thus making their French premiere. Bohdan Sloma’s Ice Mother will be projected at the opening of the festival, after winning Best Screenplay in an International Narrative Feature Film at Tribeca 2017. The closing film, The Teacher, will be screened at Cannes Junior and will be presented at Czech-In by the director himself, Jan Hřebejk. In memory of the Czech New Wave’s very own maverick Jan Němec, his last film, The Wolf from Royal Vineyard Street, will be screened exclusively, as will the Slovakian success, The Red Captain, by Michal Kollár.

The cinema l’Entrepôt will welcome around fifteen short and full-length feature films, documentaries and animated films to the neighbourhood of Montparnasse, including, Ferda the Ant,  by the first lady of Czech animation, Hermína Týrlová. Furthermore, the two cult titles, Amadeus and One Flew Over the Cuckoo’s Nest, by Miloš Forman will be projected in a homage to the Master for his 85th birthday.

Continuing our traditional collaboration with FAMU, Czech-In Film Festival will unveil the infamous film school’s fresh young talent who, alongside representatives of La Fémis, are invited to a public debate and cocktail evening. Co-organised and hosted by the Czech Center Paris, the two schools will discuss their different approaches to cinematic creation on the evening of the 8th June.

The prize for Best Film at the festival will be decided by its spectators. “Czech-In Film Festival is growing with each edition and we hope this will be the case once again this year.  After the festival, we are hoping to transfer as many of our films past and present onto the VoD platform Universciné. In doing so, we will make many films that are not yet distributed in France, legally available to those who did not have the chance to see them at at the festival in Paris”, explains the Festival’s director, Markéta Hodoušková.

The fourth edition of the Czech-In Film Festival can be supported with financial contributions through our crowdfunding campaign at: https://www.kisskissbankbank.com/4eme-edition- de-czech- in-festival-du-cinema- tcheque-et- slovaque-en- france

The programme and details of the festival can be found at: www.czech-in-film-festival.fr

Contact: Marketa Hodouskova This email address is being protected from spambots. You need JavaScript enabled to view it.

Tweet
More in this category: « Polish documentary project DIAGNOSIS Goes to Cannes! Celebrate the 15th anniversary of Ex Oriente Film with DAFilms.com »
back to top