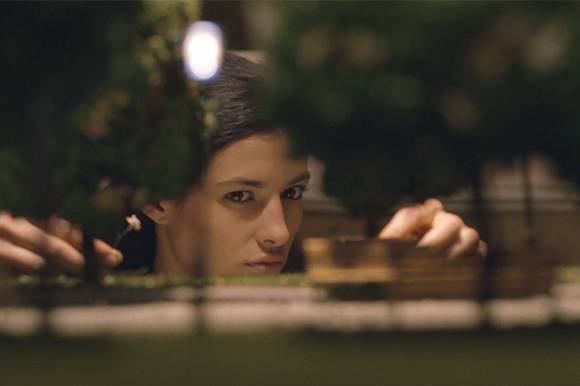 SOFIA: Acclaimed Bulgarian theatre director Galin Stoev is about to complete the postproduction of his debut feature The Infinite Garden. Shot in Bulgaria and Italy, this poetic love story is expected to become the first Bulgarian urban romance to combine sad elegance with a refined aesthetic style.

The script, which Stoev co-wrote together with his favourite Bulgarian playwright Yana Borissova, revolves around the successful spin doctor Philip, who is taking care of his sensitive brother Victor while imperceptibly falling in love with dreamy Emma. The mystical flower garden Emma is creating during night time is a metaphorical character of the story.

“I like the nowadays centre of Sofia with its small shops and restaurants, where one can chat, meet friends and change plans every 15 minutes. This idleness is actually a luxury for me”, Stoev said.

The main cast is composed of the young actors Martin Dimitrov, Elitsa Mateva, Dimitar Nikolov and Gloria Petkova, while the popular actor Nikola Anastassov, who passed away in 2016, is also an important part of the cast.

Shooting took place in several emblematic places in Sofia and included numerous night scenes. The film was also shot in Bologna, Italy. The garden was entirely created by Youlian Tabakov, well known for his inventive artistic style. Sacha Carlson, who worked with Stoev on several of his most important stage plays in Belgium and France, composed the music. Boris Missirkov and Georgi Bogdanov are the DoPs.

”The Infinite Garden is deeply personal, full of intimate feelings for the city of Sofia. At the same time it is a modern urban story that could happen anywhere in the world”, producer Martichka Bozhilova told FNE. „Stoev created great scenеs which captivate with their stylish beauty, such as the one with the statue of the naked ballerina dancing in the fountain of the Sofia National Theatre in the night”, Bozhilova said.

This is the first feature film produced by Agitprop, a regular successful documentary production company. The film was supported by the Bulgarian National Film Center and also as a slate project by the MEDIA Programme.

The Infinite Garden will be released by the end of 2017.

Agitprop
This email address is being protected from spambots. You need JavaScript enabled to view it.
www.agitprop.bg