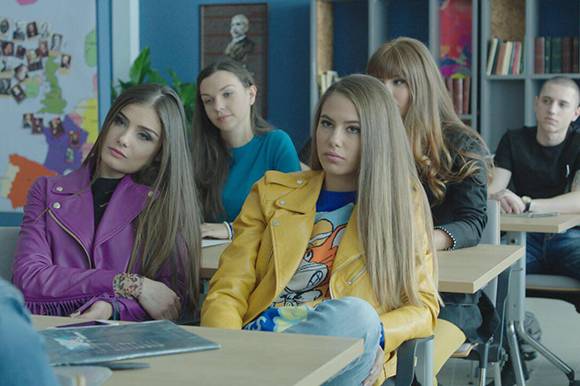 VARNA: Magdalena Ralcheva’s sophomore feature 12A will screen in the main competition of the 35th Golden Rose Bulgarian National Film Festival (30 September - 7 October 2017). It is the first Bulgarian privately financed film produced by former Chief Executive Director of Nu Boyana David Varod after his departure from the studios.

Nikolay Kolev, a former teacher himself, wrote the script as a follow-up to his previous 11th A Grade (2015), directed by Michaela Komitova and produced by Korund X. Dance teacher Lina is offered a chance to return and teach literature. Again, she manages to gain the trust of her students and to overcome the hostility of some her colleagues.

“David Varod invited me to direct 12A. He wanted a different cast from the one in 11th A Grade and a new school for the shooting. My wish was Radina Kardjilova to play Lina. I think that her character is more complex now and her relations with her growing son are deeper. Only actress Elena Boicheva and DoP Emil Topuzov came from the previous film”, Magdalena Ralcheva told FNE.

The film was shot in Sofia during 20 days in October 2016. “The tempo was extremely dense and I had to work almost without any pause”, Ralcheva also said.

The film opened the Golden Linden IFF founded by Magdalena Ralcheva in the town of Stara Zagora in 2013.

The domestic premiere took place in Sofia on 15 September 2017 and was accompanied by a theatrical release in 50 cinemas.

12А Ltd
David Varod
This email address is being protected from spambots. You need JavaScript enabled to view it.