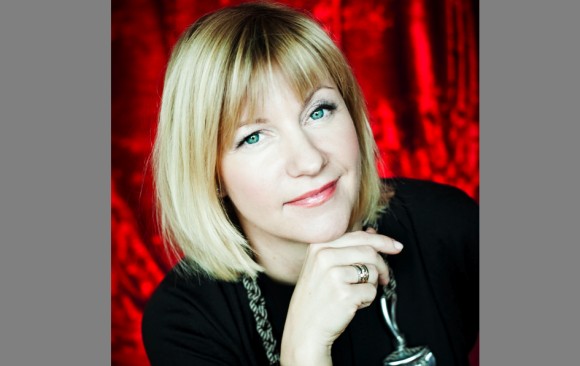 FNE asks Estonian producer and Baltic Event helmer, Riina Sildos about this year’s 11th edition of the event and about the reorganisation of the structures that underpin the Estonian film industry.

Sildos produced the international festival and box office hit Lotte and the Moonstone Secret. She is a prominent producer, helms the Baltic Event, and is a former head of the Estonian Film Foundation (www.efsa.ee).

FNE: What is the Baltic Event and why is it important?

Riina Sildos: The Baltic Event is a coproduction market. It’s one of the biggest regional markets in Europe. We have almost 250 people attending this year, we have altogether 30 projects. Twelve projects in the main selection, eight projects in the script and pitch workshop POWR Baltic Stories Exchange, and 10 projects in the newest addition, Baltic Bridge East by West. There are a record number of Baltic and Finnish projects in the Coming Soon (16 projects) and Screenings sections (11 films).

Baltic Event is not just a coproduction market but also a meeting place for the people from this region, Scandinavia, Russia, Baltic countries and new European territories, so it’s an important networking place, which means that it is essential for the development of the area and the audiovisual industry here.

You are also involved in projects connecting Estonia to much larger countries such as Russia. What are these projects and why is it important?

I think that we, in Estonia, are in an exceptional position in that our film culture and industry come from a mutual history with Russia. The countries of the former Soviet Union all have these studios that were closely connected to Russian studios, our people were studying in Moscow, at the film school, VGIK. So there is a lot of history and traditions which connect us.

And it is a very good platform geographically speaking for Russians too because if they want to find coproducers, they come to Tallinn. On the other hand we can be like a bridge connecting European countries and Russia, helping them to match our projects but also providing services, finding the right people. This has been our aim from the beginning, 11 years ago.

The Estonian Film Foundation and the other bodies supporting the Estonian film industry are undergoing a major re-organisation. In brief how will these bodies be re-organised and what advantages will it bring?

Well, I can’t say that they will be re-organised. Our Film Foundation will be re-named the Estonian Film Institute next year, which means that we will try to be more active also in promoting our films, marketing our films and also, at the same time, dealing with our legacy of old films and archives. The support system will stay the same as it has been for the past 12 years.

Estonia is one of the smallest countries in Europe. What things are specific to working in a small market?

As a producer of Lotte and the Moonstone Secret which was both a global success in terms of international sales and a major domestic success at the Estonian box office, what is the key to small countries producing local and international successes?

First of all we are talking animation, and animation has been strong in Estonia for
40 years. We have great auteurs coming from two animation studios in Estonia. Animation is travelling also bit more easily because you can dub animated films for children.

But it is essential to have a very strong story and also absolutely exquisite animation which is quite rare in the world.

What new projects are you working on now?

At the present moment we have just released in Estonia a coproduction between Estonia, France and Belgium. Ilmar Raag’s Une estonienne à Paris/A Lady in Paris, starring Jeanne Moreau and Laine Mägi, had its world premiere in the International Competition of Locarno Film Festival 2012. We opened in Estonia on October 12 and the film has been a box office success here. It will open in France on December 26. We have been very successful with its international sales.

In summer we shot a new film of Ilmar Raag, Kertu, which we will start to edit next week.

We also just finished the first shooting period of another project of Ilmar Raag, I’m Not Coming Back, an international coproduction between Russia, Finland, Estonia, Belorussia, which recently received Eurimages support.

Which countries are you most interested in coproducing with, and why?

It depends on a project. First of all I always look at a project to see if it is a story- driven, natural coproduction. Secondly, as we have had no post-production facilities, lab, final sound mix, until recently, this has been basis for building coproduction deals.

We already have some experience with countries where we know producers very well whom we would like to work with. But from the region most coproductions are made of course with neighbouring countries: Finland, Latvia, Russia, Sweden, and Germany. But, of course, it always depends on the specific project.

What are the biggest challenges facing Estonian producers today?

I think of course it’s the fact that the country is small and that it’s not a market where you can recoup the money. We have only 1.3 million people. So you rely basically on state support. The grants are not so big, so even being a delegate producer is usually very hard to because our average national feature film budget is 500 000 thousands EUR. European coproduction budgets tend to start at over 1 mln EUR.

But the state support has been stable so far and it has helped us to build a working network in international markets.

I think that the cinematography gets better and better here. I also think that we should have some regional funds, of the same kind, for example, as Riga Film Fund. Even in Vilnius they have established one. They would help us to develop the industry. There are some small production companies now that produce feature films, but I hope very much that we would be able to enliven the production and servicing here also, in order to have more productions in Estonia. That would help to develop the industry, and this could be done more efficiently with the help of some regional funds, tax rebates or cash rebates. We don’t have these kinds of instruments now, but we have the Estonian Film Commission which we hope will fulfill its tasks and will help to establish this kind of regional fund.