FNE at Sarajevo Film Festival: Birds Like Us Puts Bosnia and Herzegovina on the Animation Map Featured 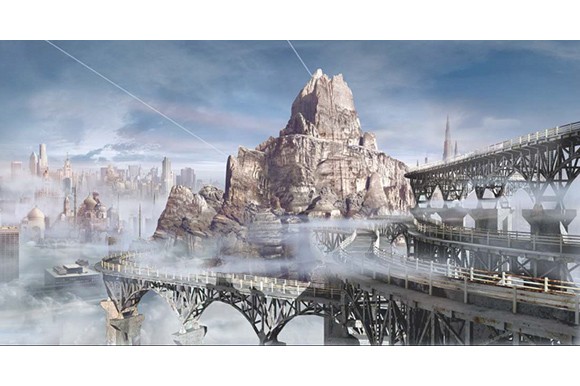 This 7.5m EUR production is an unexpected tour de force for a country with no 3D animation school.

Flung out of the safe haven of Birdabad into a world tormented by the Horror, the lovely Hupu, her silent husband Hasan, the ever-helpful little Mi and the tyrant Kondor are forced on an epic journey to find their way home.

The main supporter is the Turkish Television (TRT). Production took six years and the film is now in the postproduction stage with most of the budget in place.

Olivia Hatreed, who adapted Tracy Chevalier's novel Girl with a Pearl Earring for Peter Webber’s film told FNE that she met Adnan Ćuhara at Sarajevo Film Festival. Seduced by the idea of the film, she accepted to co-write the script together with the director. Asked how they convinced all these famous people to join, Ćuhara said: “We had a very good story and it came piece by piece. It was not easy, but it was not very difficult either.”

“It is very difficult to do an animated feature in Bosnia these days.We still don’t have any section for animation at the Fine Arts University where they don’t teach animation at all, and there is no strong film funding. Basically we started from zero with our 60 people working for us in Bosnia”, Ćuhara told FNE. His dream is to open a national academy for animation in his country.

Music, sound design, sound recording are being done in London.  The film will be finished in 2015 but it will more likely be released in 2016 depending on festivals. No sales agent is attached yet, but an American distributor has shown its interest in distributing the film in the US.