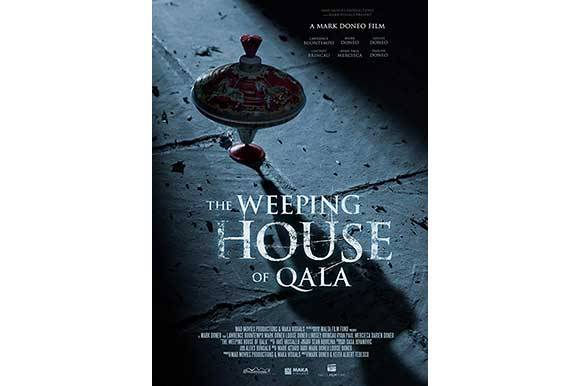 The Weeping House of Qala by Marc Doneo

VALLETTA: Marc Doneo’s psychological thriller The Weeping House of Qala will be released in Malta on 20 September 2019. The film, co-directed together with Keith Albert Tedesco, was supported by the Malta Film Fund.

The Weeping House of Qala focuses on a haunted mansion in the town of Qala, in Gozo, where a Maltese film crew arrives to shoot a documentary.

The main characters are played by Lawrence Buontempo, Louise Doneo and Mark Doneo himself, and the cast includes Lindsey Brincau, Ryan Paul Mercieca and Darien Doneo.

The film is produced by Mad Movies Productions and Maka Visuals. It will screen exclusively in the Eden cinemas.