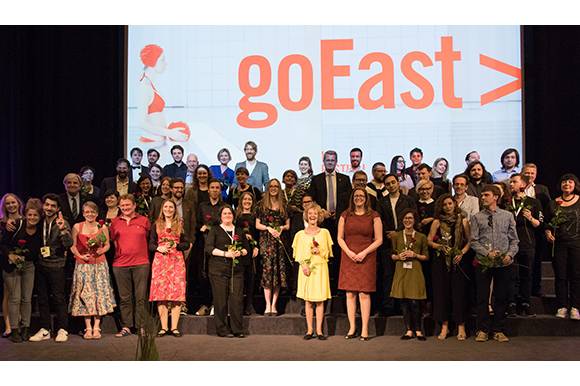 WIESBADEN: The Estonian/Dutch/Polish film November directed by Rainer Sarnet won the Golden Lily for Best Film at the 18th edition of goEast – Festival of Central and Eastern European Film, which concluded on 24 April 2018. Awards representing a total value of 30,000 EUR were presented at an extensive awards ceremony at Wiesbaden’s Caligari FilmBühne.

Bernadett Tuza-Ritter won the Award of the City of Wiesbaden for Best Director, with a monetary prize of 7,500 EUR, for the Hungarian/German film A Woman Captured.

Festival director Heleen Gerritsen said: “I am enthusiastic about the loyal goEast core audience, who met with great passion in the cinema, participated in film talks and was very open-minded about our innovations such as virtual reality. As a new director, you feel right at home.”

Award of the Federal Foreign Office for Cultural Diversity:
The Other Side of Everything (Serbia, France, Qatar)
Directed by Mila Turajlić
Produced by Dribbling Pictures
Supported by the Ministry of Culture of the Republic of Serbia, Film Center Serbia, CNC – Cinémas du monde, Doha Film Institute and HBO Europe