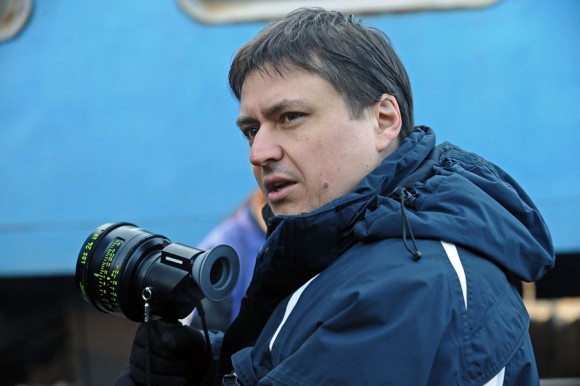 The film is a family drama about parenting set in a small Romanian town where everybody knows everybody. It is the first feature of Mungiu focusing on a male character, a doctor. The cast includes Lia Bugnar and Vlad Ivanov. Shooting took place mostly in the town of Victoria, but the story is not set in Victoria. Mungiu didn't use his long time collaborator Oleg Mutu, choosing to work with the young DoP Tudor Panduru.

The project received a production grant of approximately 430,000 EUR/1.91 m RON from the National Film Center (cnc.gov.ro) at the beginning of 2015, the highest funding for a feature film in that session. The director told FNE at the end of March 2015 that he hoped to work again with the coproducers he had for Beyond the Hills/Dincolo de dealuri.

Beyond the Hills was produced by Mungiu through Mobra Films in coproduction with Why Not Production, Wild Bunch, Les Films du Fleuve (www.lesfilmdufleuve.be), France 3 Cinéma (www.france3.fr) and Mandragora Movies Romania.

Intrarea Serdarului, 5
Postal code 011377
Bucharest, Romania
Phone/Fax: +40 21 6664827
This email address is being protected from spambots. You need JavaScript enabled to view it.
www.mobrafilms.ro