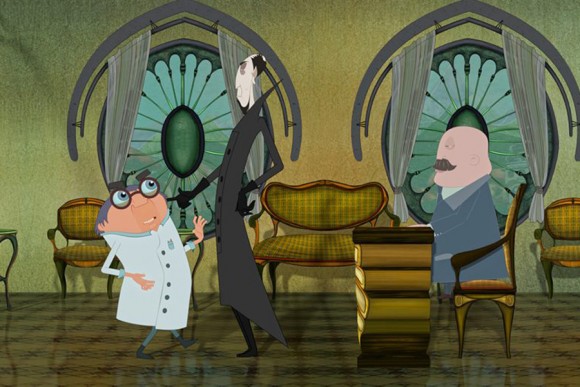 The film tells the story of a 10 year old boy Lorenz, who discovers a passage to a secret world, which will take him into a great adventure meant to save the music of the world from the hands of an evil genius Marcus.

The film was produced by Opal Production with the support of the National Film Center and also with European funding.

The 74 minutes long film was made with stereoscopic animation technique developed by the director together with the animator Alexandru Buzea. The visual construction is based on the in-perspective detachment of animation. This technique uses the principle of multi-plan shooting and provides perfect support to get the stereoscopic effect which turns the movie into a 3D stereoscopic movie.

Actors Cristi Iacob, Ionuţ Grama, Marius Stănescu and Vlad Rădescu gave their voices to the main characters. An educational Mercy Street application for children will also be released together with the film.