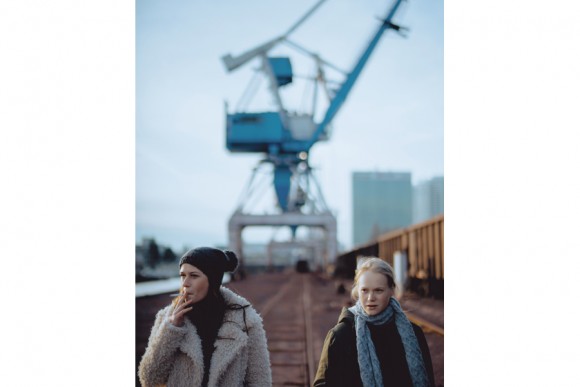 BRATISLAVA: Tereza Nvotová is shooting her debut feature, Filthy, a Slovak/Czech coproduction about growing up, friendship and trauma, influenced by the documentary style.

Tereza Nvotová, who recently received her bachelor degree as a documentarist from FAMU, is working on this project with other young Slovak and Czech filmmakers such as scriptwriter Barbora Námerová and actresses Dominika Zeleníková and Anna Rakovská. The cast includes Anna Šišková and Robo Jakab.

Špina/Filthy is produced by Slovakia‘s BFilm in coproduction with Moloko Film from Czech Republic, and is financially supported by the Slovak Audiovisual Fund and the Czech Cinematography Fund.

Planned budget is 300,000 EUR. The project was already presented at MIDPOINT international script development workshop and plans to participate at Works in Progress in Karlovy Vary. „Preparations started in September 2015 and the second phase of shooting is now underway. The final shooting phase will end in September 2016 with a planned release for spring 2017,“ Peter Badač from Bfilm told FNE.

Bfilm
Škultétyho 10, 831 03 Bratislava, Slovakia
This email address is being protected from spambots. You need JavaScript enabled to view it.