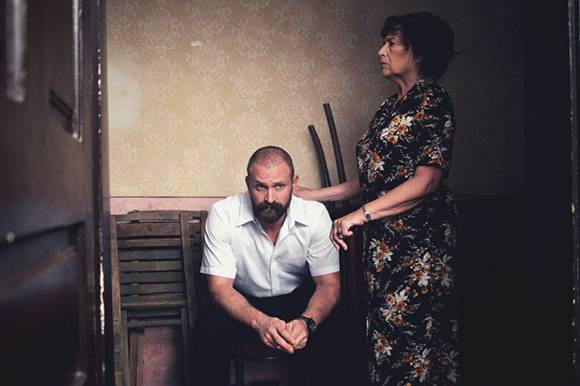 The Line by Peter Bebjak

BRATISLAVA: The crime thriller The Line / Čiara by Peter Bebjak has broken the record for the Slovak box office on its opening weekend. Released on 3 August 2017, the film had the strongest opening weekend in Slovak history with 69,242 admissions.

High expectations were set for this Slovak/Ukrainian coproduction after breaking the record of first day release with 16,423 admissions. Currently the film has 69,776 admissions and 378,896 EUR gross. It was released by Continental Film in 71 Slovak cinemas and will soon be released in the Czech Republic by Bontonfilm and also in the Ukraine.

The story takes place at the Slovak-Ukrainian border and follows the head of a family, who is also leading a gang of criminals smuggling cigarettes across the border. The cast includes renowned Slovak actors such as Tomáš Maštalír, Emília Vášáryová, Andrej Hryc and Zuzana Fialová.

The film was produced by Slovakia‘s Wandal Production in coproduction with Ukraine‘s Garnet International Media Group, RTVS, HomeMedia Production and Martin Kohút. The budget of 1.3 m EUR was partially covered by the Slovak Audiovisual Fund, Creative Europe, the Ukrainian State Film Agency, the Ministry of Culture of the Slovak Republic and Bratislava Self-Governing Region.

The Line was awarded best director at the Karlovy Vary IFF.

This is the third Slovak box office hit for Continental Film in 2017 after the Slovak/Czech romantic comedy All or Nothing / Všetko alebo nič (directed by Marta Ferencová and produced by NUNEZ NFE s.r.o. in coproduction with Evita Film Production s.r.o. and MOJO Film s.r.o.), which had a strong opening weekend with 64,931 admissions in January 2017, and the political thriller Kidnapping / Únos (directed by Mariana Čengel Solčanská  and produced by JMB Film & TV Production in coproduction with RTVS and Štúdio 727), with 67,369 admissions in the opening weekend in March 2017.

Slovakia was experiencing a massive growth in attendance in the first half of 2017. According to UFD (Union of Film Distributors of the Slovak Republic), total admissions for domestic titles were 861,358 with 4,356,882 EUR gross.