FNE at Festival of Slovenian Film Portorož 2019: Stories from the Chestnut Woods Featured 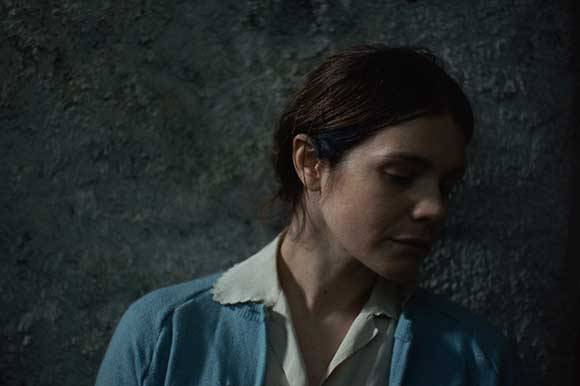 Stories from the Chestnut Woods by Gregor Božič

PORTOROŽ: Gregor Božič’s debut feature Stories from the Chestnut Woods / Zgodbe iz kostanjevih gozdov will be screened in the competition of the 22nd Festival of Slovenian Film in Portorož (17-22 September 2019), after its world premiere at the Toronto IFF (5-15 September 2019).

The script written by Gregor Božič and Marina Gumzi is based on Anton P. Chekhov’s short stories, the theatre play Requiem by Hanoch Levin and local tales from the Slavia Veneta.

In a decaying forest on the Yugoslav-Italian border in the years after WWII, a stingy, old carpenter and a lonely chestnut seller share memories of the past as they weigh fateful decisions for the future, in this homage to a lost way of life.

“The idea was to transmit the spirit of this particular environment, that for centuries was prone to poverty, political instabilities and constant migrations. We wanted to create a fable-like parable about life and death that would feel like a soft and distant memory”, says Gregor Božič.

The film, which took about seven years to be made, was produced by Marina Gumzi through Nosorogi and coproduced by Igor Prinčič through the Italian company Transmedia Production, the Slovenian broadcaster RTV Slovenija and the German film school Deutsche Film und Fernsehakademie Berlin. The project was supported by the Slovenian Film Centre with 250,000 EUR, Eurimages, Creative Europe - MEDIA, FVG Film Fund, Fondo Regionale Audiovisivo FVG and MiBAC, while Viba Film provided technical support.

“The total budget is estimated at approximately 1 m EUR, which is a pretty big deal considering where we started, and even more as that year’s support was perhaps the lowest that was awarded for debut films by the Slovenian Film Centre in recent years. But it is a historical piece and we shot it on film, so we were extremely tight on everything. Given the high production value that we achieved, we’ve done, I believe, quite an amazing job,” producer Marina Gumzi told FNE.

The principal photography took place on the Slovenian-Italian border (Benečija/Valli del Natisone) in the spring of 2016.

In February 2018, the film received the award for best film in postproduction at the newly established platform This is IT! within the When East Meets West industry platform of the Trieste Film Festival.

The film will be domestically released by Demiurg in the second half of November 2019. Cercamon is handling the world sales.

Gregor Božič was born in 1984 in Nova Gorica, a Slovenian town on the border with Italy. He studied directing at the AGRFT, Centro Sperimentale di Cinematografia in Rome and at DFFB in Berlin. Apart from working as a film director and director of photography, most notably together with the director Matjaž Ivanišin, Gregor is also a passionate researcher of Mediterranean pomology.

In 2012, he conducted a vast research on old and autochthonous fruit varieties, in which he collaborated with old farmers from the Italian-Slovenian borderland. It was during this time that he collected memories and stories from the 20th century, which inspired him to make Stories from the Chestnut Woods.

Producer :
Nosorogi (Slovenia)
This email address is being protected from spambots. You need JavaScript enabled to view it.