FNE at Slovenian Film Festival in Portorož: Come Along Featured 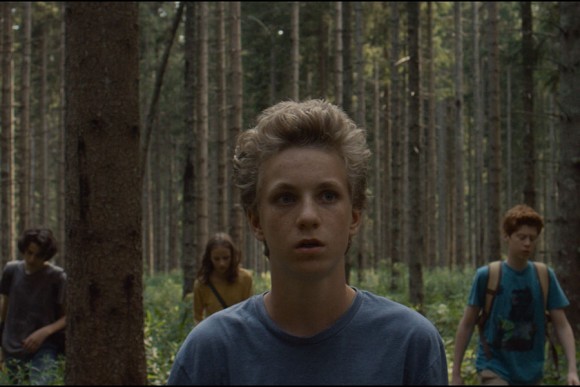 Come Along by Igor Šterk

PORTOROŽ: Come Along / Pojdi z mano by Igor Šterk will be screened in the competition of the 19th Slovenian Film Festival in Portorož (13-18 September 2016). This Slovenian/Croatian coproduction is an affectionate and gripping story about growing-up, love, friendship, and bravery, originally exploring what happens when technology fails.

In search of the best photo for a school competition, four 13-year-old boys take off from their familiar urban environment and head into a world completely alien to them: remote hills, where what first seems like an innocent photo session with natural beauties turns into a struggle for survival. The leader of the group is Manc, a boy who is facing expulsion from school for allegedly stealing a mobile phone.

Come Along is a Slovenian/Croatian coproduction produced by A.A.C. Productions in coproduction with Gustav Film, MB Grip and Croatian Kinorama. The project was supported by the Slovenian Film Center with 550,000 EUR, while the technical support was provided by FS Viba. The budget is estimated at 1 m EUR.

“We are very happy that the film will be screened at the Slovenian Film Festival in Portorož for the first time before hading to international film festivals in Schlingel, Amsterdam and Cottbus,” producer Petra Vidmar told FNE.

The film was shot in 30 days in July-August 2015 and is planned to be released in Slovenian cinemas by Fivia in December 2016.