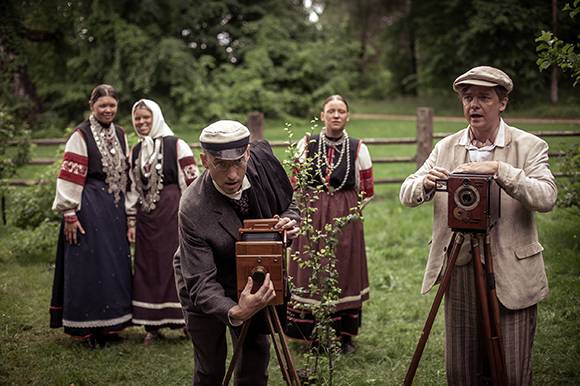 TALLINN: Legendary Estonian film director Hardi Volmer is in post-production with a feature film about the first Estonian filmmaker, The Real Life of Johannes Pääsuke / Johannes Pääsukese tõeline elu, who lived in the first half of the 20th century. Pääsuke filmed a documentary in the most southern part of Estonia, Setomaa, in 1913.

The Real Life of Johannes Pääsuke is a fictional approach to Pääsuke’s adventures in Setomaa, as not much is known about his life. The filming process took place during the summers of 2017 and 2018 in the South of Estonia, mainly in Setomaa.

This is the second collaboration between Volmer and producer Anneli Ahven of Kopli Kinokompanii. They also worked together on Volmer’s previous feature film Living Images / Elavad pildid, which was produced by Exitfilm.

The budget is 400,000 EUR with 120,000 EUR coming from Estonian Cultural Endowment and 28,800 EUR from the Tartu Film Fund. The rest comes from private capital and is supported by Setu Culture Fund/Setu Kultuuri Fond, Postimees and Kopli Kinokompanii.

The film is produced by Kopli Kinokompanii. The distributors in Estonia are HeaFilm and Apollo Cinemas.

The Real Life of Johannes Pääsuke will premiere at the beginning of 2019.