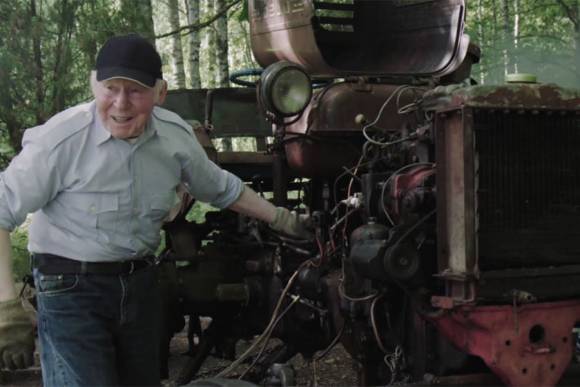 VILNIUS: The prominent Lithuanian documentarian Audrius Stonys is in production with Baltic New Wave, working together with Latvian director Kristine Briede. Their new film about Baltic documentary filmmakers from the Soviet times was chosen as one of the winners at Meeting Point - Vilnius industry screenings. It will be shown at Cannes industry screenings this May.

The film relates a unique phenomenon in film history: the school of Baltic poetic documentary film and its young filmmakers from Latvia, Lithuania and Estonia, who in the 1960‘s behind the Iron Curtain, challenged the slogan-filled propaganda documentary films of that era by making deeply personal, meaningful and imaginative films. That tradition continues today. Two documentary filmmakers representing different generations – contemporary director Audrius Stonys, who is at the peak of his career, and his friend and mentor Herz Frank, who died in 2013, engage in a transcendental cinematic conversation about time, space, eternity and cinema. Masters of documentary film from the three Baltic States make their appearances in the film as well: Uldis Brauns, Ivars Seleckis, Aivars Freimanis, Mark Soosaar, Andres Seet, Robertas Verba and Henrikas Šablevičius.

Studio Nominum
This email address is being protected from spambots. You need JavaScript enabled to view it.
www.arunasmatelis.com

VFS Films (Latvija)
This email address is being protected from spambots. You need JavaScript enabled to view it.
www.vfs.lv

Vesilind (Estonia)
This email address is being protected from spambots. You need JavaScript enabled to view it.
www.vesilind.ee