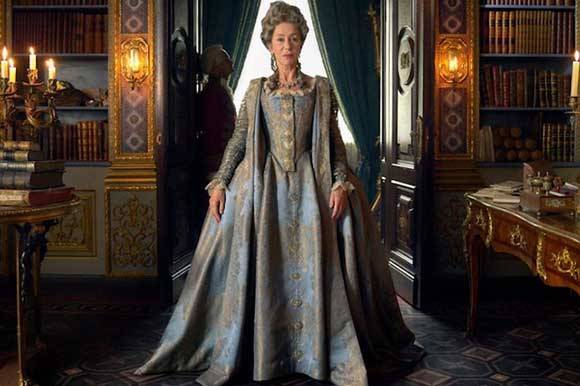 VILNIUS: The miniseries Catherine the Great / Jekaterina didžioji is one of the most high profile examples of productions filmed in Lituania partly because of its film incentives. The film incentives in Lithuania were increased to 30 percent at the beginning of 2019.

The show, produced by Origin Pictures and New Pictures and serviced by Baltic Film Services, aired on Sky Atlantic and NOW TV on 3 October 2019. It was the third commission from Sky and HBO's high-end global drama partnership.

The entire four-part series was mostly filmed in Lithuania between October and December 2018. Filming took place at locations in the Old Town of Vilnius and in the Pazaislis Monastery in Kaunas. Buildings in Vilnius were used for several scenes, including the council rooms and Catherine and Prince Paul’s rooms.

The miniseries benefited from the Lithuanian Tax Incentive scheme, with spend of approximately 8 million EUR in Lithuania.

“The year 2018 was exceptional for Lithuanian film industry. Our country was chosen for shooting by world known producers, we welcomed famous talented actors and directors. Such ambitious projects like Catherine the Great, Chernobyl and Out Stealing the Horses, and the increased creative participation of Lithuanian professionals, reveal the potential of our industry and create opportunities to grow,” said Rolandas Kvietkauskas, the director of the Lithuanian Film Centre.

„It was a pleasure to be a part of this exciting production and yet again have Lithuania host another prestigious show", said Gary Tuck, managing director of Baltic Film Services, who were the coproducers on this international production.

The miniseries, written by Nigel Williams (Elizabeth I) and directed by BAFTA and Emmy Award-winning Philip Martin (The Crown), focuses on the tumultuous reign of Catherine the Great, Russia’s longest-ruling empress. Helen Mirren, who won an Oscar for her portrayal of Elisabeth II in The Queen, played the title role.

Baltic Film Services
This email address is being protected from spambots. You need JavaScript enabled to view it.