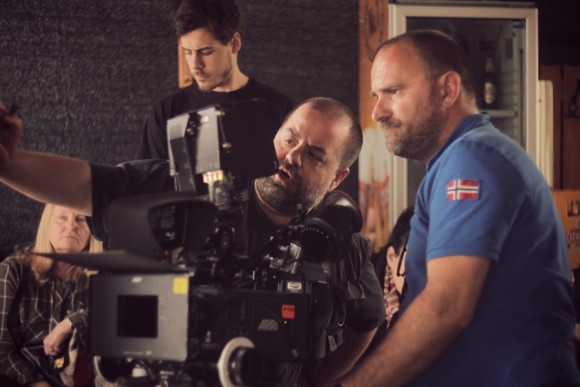 SARAJEVO: The third feature film by Kristijan Milić, Dead Fish Float on Their Backs, started shooting in Mostar on 3 April 2016. This is the second time Milić decided to base his film on Mlakić's work. In 2007 Miro Barnjak adapted Mlakić's novel for Milić's first feature film Living and the Dead produced by Porta.

The script of Dead Fish Float on Their Backs, written by Mlakić himself, revolves around the bizarre and unexplained suicide of a retired teacher in a small town suffering from the consequences of war.

The film doesn't have a real main character, but 42 important roles. Most of the actors are from Mostar theaters, but the cast also includes famous Croatian actors such as Goran Bogdan, Ornela Vištica, Marinko Prga and Velibor Topić.

Dead Fish Float on Their Backs is for now a Croatian/Bosnian and Herzegovinian coproduction between Eurofilm and Oktavijan. It received support from the Croatian Audiovisual Centre and the Sarajevo Film Fund. With 80% of the 1 m EUR budget already in place, producers are hoping to raise the rest of the money for postproduction after the shoot.

The film will be shot in Mostar and the surrounding area until the end of April 2016. The premiere is set for 2017.