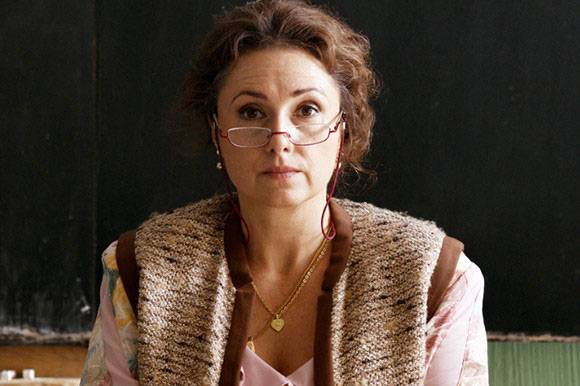 The Teacher by Jan Hřebejk

In 2016 Slovak films continued to gather international and domestic success, powered by documentary film production, genre-bending feature films and award-winning coproductions. The Slovak Audiovisual Fund (AVF) had a budget of 7.5 m EUR in 2016, which is the biggest budget in its history.

One of the most successful films in 2016 is Jan Hřebejk‘s Slovak/Czech coproduction The Teacher / Učitelka (produced by PubRes in coproduction with Offside Men, RTVS and the Czech Television), which was sold in more than 50 territories including US and Asia after its world premiere at Karlovy Vary IFF.

The first international project benefitting of the 20% cash rebate in 2016 was the Weinstein TV production Marco Polo 2. Thanks to its success, the Slovak Audiovisual Fund announced that it would increase the budget for the tax incentive scheme up to 4.5 m EUR in 2017.

Since 2010, when it started alotting production grants, the Slovak Audiovisual Fund re-arranged the position of Slovak films on both domestic and international market.

Other important international collaborations are the Slovak/Czech/Polish coproduction The Red Captain / Červený kapitán by Michal Kollár, Agnieszka Holland‘s new drama Spoor / Pokot, which is a Polish/German/Czech/Sweden/Slovak coproduction, and Gardening: The Family Friend / Rodinný přítel (the first part of the trilogy Zahradníctví by Jan Hřebejk), a Czech/Polish/Slovak coproduction between Fog’n’Desire Films, MD4, Sokol Kollar and RTVS.

In 2015 AVF issued the first registration certificate for the 20% cash rebate for the second season of Weinstein Company’s TV series Marco Polo, which was supported with 413,000 EUR.

In 2016 four projects applied for the rebate: Lionsgate‘s Robin Hood: Origins directed by Otto Bathurst, Consider Yourself (starring Geoffrey Rush) and Maestro (both UK/Australian/German coproductions), TV miniseries Maria Theresia directed by Austrian Robert Dornhelm (for which the application was submitted by Slovakia’s MAYA Productions) and TV series Inspector Max by Jaroslav Brabec, a Slovak/Czech coproduction between Trigon Production, RTVS and the Czech Television.

Other international productions shot in Slovakia in 2016 are: US Legendary Entertainment’s Spectral by Nic Mathieu (coproduced by Netflix and Mid Atlantic Films); documentary Perfect, directed by Jérémie Battaglia and produced by Canada‘s Les Productions Rapide-Blanc, and the Austrian drama Zerschlag mein Herz, directed by Alexandra Makarová and produced by Alternative Productions-Konstantin Seitz.

In 2016, a total of 14 feature films including eight minority coproductions and one re-release (Everything I Like / Všetko čo mám rád by Martin Šulík, produced by Charlie‘s) were released, as well as 12 long documentaries (including one minority coproduction) and two animated short films, and an animated series Mimi & Líza directed by Katarína Kerekesová and produced by Fool Moon s.r.o.

Continental Film, a big distributor mostly of Hollywood productions, is also an important player in distributing Slovak titles. In 2016 it released Agave / Agáva by Ondrej Šulaj, Stanko / Stanko directed by Rasťo Boroš, IMT Smile and Lúčnica: Made in Slovakia, directed by Palo Janík and produced by Slovakia‘s Filmpark production in coproduction with IMT Smile, and the documentary The Final / Finále, directed by Dusan Milko and Palo Korec.

Filmtopia is also the Slovak partner for KineDok, the international community for alternative distribution of creative documentaries supported by Creative Europe Media programme and the Slovak Audiovisual Fund.

There is little Slovak participation in VOD platforms, although a lot of documentaries can be found on DAFilms. Piano system, which had a leading position in streaming Slovak and Czech films, ended its activities at the end of 2016. Another platform for Slovak films is Kinocola, while ASFK VOD, a VOD platform launched by the Association of Slovak Distributors in 2015, is handling international and domestic titles. Private Slovak television Markíza also releases its domestic series on Voyo.

Slovak films also had a successful year with distribution releases abroad. Slovak/Czech coproduction The Teacher / Učiteľka directed by Jan Hřebejk was sold to more than 50 territories including US, Asia, New Zealand and Australia. I, Olga Hepnarová / Já, Olga Hepnarová was released in its four coproducing countries (Czech Republic, Poland, Slovakia, France), and also in the UK, US, Brasil, Ireland and on VOD platforms. Children animation series Mimi & Liza by Katarína Kerekesová was also successful, its six episodes were released in France and Belgium with over 40,000 admissions.

Slovakia is well-placed in the move towards digitalisation thanks largely to the foresight of the Slovak Audiovisual Fund, which has been allocating a portion of its annual budget for the transformation of non-multiplex cinemas. By the end of 2016, Slovakia had 138 cinemas with 233 screens, of which 185 screens were already digitalised. This includes also four alternative spaces for film screenings and 18 open-air theatres. Compared to 2015, the number of cinemas increased by seven and the number of digitalised screens increased from 177 to 185. No multiplex was opened in 2016.

Several small art house cinemas operate in Bratislava. Kino Lumière, operated by the Slovak Film Institute, opened on the site of the former Charlie’s Centrum in September 2011. Mladosť, Nostalgia and Film Europe Cinema also add to the diversity of Bratislava's art house landscape, together with Kino Klap (located in the Academy of Performing Arts) or Kino Inak, a screening room hosted by the alternative cultural centre A4.

A new programme of support for Slovak films in domestic cinemas was launched in 2016. Every cinema has the right to apply and receive one euro per each ticket sold for a domestic title. In 2016 AVF alloted 217,000 EUR mostly for art house cinemas.

According to UFD (Union of Film Distributors of the Slovak Republic), The Red Captain by Michal Kollár was the most popular Slovak film in 2016 with more than 86,000 admissions.

Other domestic feature films released in 2016 were Little Feather / Pirko, directed by Lucia Klein Svoboda and Petr Klein Svoboda and produced by GoodMint and TA-Sport, and An Angel of the Lord 2 / Anjel Pána 2, directed by Jiří Strach and produced by Czech Marlene Film Production in coproduction with the Czech Television, Czech companies innogy and Certicon, and Slovakia’s RTVS and Attack film.

The budget of AVF is provided in part by TV advertising revenues. In 2016 the funding was granted to support development and production (77%), distribution, promotion, festivals and events (16%), technological innovations of cinemas (4%) and accompanying activities such as education, publications and training (3%).

The maximum grant for a Slovak feature film is 1.2 m EUR and the maximum grant for a Slovak minority coproduction is 500,000 EUR. Martin Šulík’s Tlmočník (Titanic s.r.o.) and Mátyás Prikler’s Power/ Moc, are among the feature films with the highest grants in 2016, both receiving 600,000 EUR. In 2016 AVF also granted a postproduction grant to Peter Bebjak’s The Line / Čiara, which together with the previous supports for development and production reached a total amount of grants of 709,000 EUR.

A new programme of support for the audiovisual industry in the Slovak Republic was launched in 2015, based on 20% cash rebate for private investment into film production in Slovakia with a minimum limit of 2 m EUR over a period of three years after the registration of the project, which could be a film, a TV series, or a group of projects.

A new funding scheme of the Bratislava Self-Governing Region was launched in 2015 for supporting the culture of the region, including film. In 2016 the scheme gave 16,000 EUR as a production grant to Juraj Lehotský‘s feature film Nina, produced by Punkchart Films in coproduction with Lehotsky Film and endorfilm, 6,000 EUR as development grant for the animated film Heart of a Tower / Srdce veže, directed by Peter Budinský and produced by plutoon in coproduction with BFilm, and also 15,000 EUR for the Bratislava International Film Festival.

The primary sources of information on film are the Slovak Film Institute, which celebrated its 50th anniversary in 2013, and its National Cinematographic Centre, through the specialised office of the Audiovisual Information Centre.

Československo HD is focuses on feature films and documentaries dating from between 28 October 1918 and 31 December 1992, while Festival Cinema Channel HD offers the best of global festival films. It broadcasts in Slovakia and the Czech Republic, and is considering expansion into neighbouring territories. „In November 2016, Film Europe Channel celebrated its fifth anniversary and we are now ready to be replicated in other territories of Europe and the world,” Ivan Hronec, the founder, owner and CEO of Film Europe Media Company told FNE.

The public broadcaster RTVS, is also a funding source for film and series production and has, together with other sources, contributed to the productivity of the national cinema. In 2016 RTVS supported Agave, The Red Captain, The Teacher and Stanislav Párnický’s fairy-tale The Magical Nose / Zázračný nos (Filmpark production).

Fax: +421 5923 4461
This email address is being protected from spambots. You need JavaScript enabled to view it.
www.avf.sk

Audiovisual Information Center: Miroslav Ulman
This email address is being protected from spambots. You need JavaScript enabled to view it.
www.sfu.sk