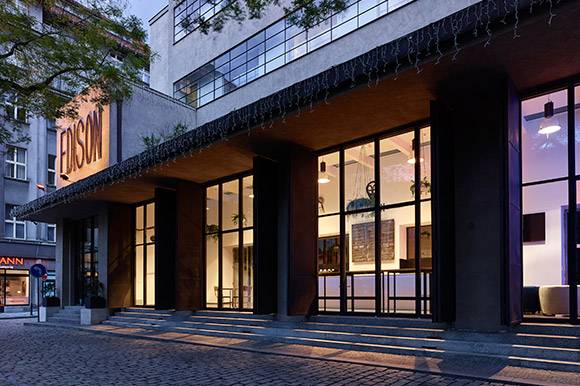 This month we speak with Ivan Hronec, founder and CEO of Film Europe Media Company, about the Edison Filmhub, opened in the centre of Prague on 1 June 2019 as the first boutique cinema in the city. 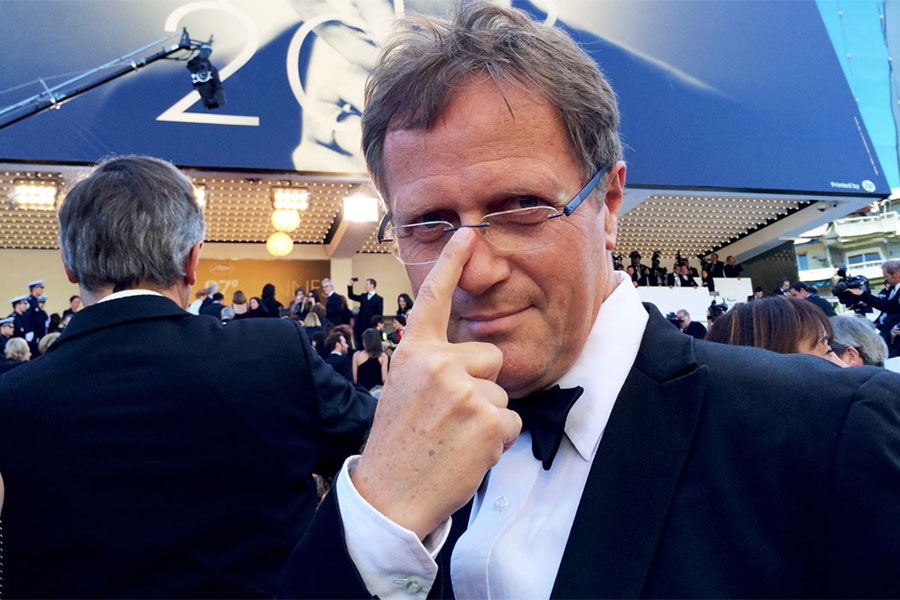 Edison Filmhub provides a range of art house and festival films, complemented with a high quality educational programme and events, while also offering a cozy café with excellent coffee and snacks. As the name Filmhub indicates, it is more than just a cinema, it is a space for inspiration, exploration, relaxation and discussion, a package Cinema/Café/Theme/VOD.

The programming includes two regular yearly thematic film festivals (Be2Can and Scandi), film introductions and Q&A’s on a weekly basis, and a lunchtime matinee slot for a reduced price every day. On top of that, a curated selection of films is available through a VOD platform.

Ivan Hronec: In the age of series and short films, running a cinema is the biggest challenge in the screen industry. There are three basic forms of cinemas today. Multiplex business is not based on films but, as an IMAX executive put it, it is about blockbusters and concessions. There is an ongoing experiment in the non-traditional space for cinemas, and a good example is a secret cinema.

And then, there is a boutique style of cinema, which banks on the trendiness and originality of the space and programming. We have to accept that in all cases the business of cinema is no longer about the film, but rather about the feeling and experience of the space where the audiovisual work is screened. Film only is not enough.

In Edison Filmhub's case, meaning in the case of a boutique style cinema, the film must be packaged with various added value events, such as topical discussion, a Q&A introduction provided by directors, critics, actors. And the cinema must be accompanied by a good café bar and ideally with good food and smooth service.

There are four activities and revenue sources for Edison Filmhub, which is also our slogan and our daily challenge: Kino/Café/Theme/VOD. Kino stands for the traditional cinema - we still believe that the perception of the film is a private as well as a social experience. The big screen and the “dark cave effect” where you can concentrate, plays the role. Café is about the best café in town. The topic of the film is the most important marketing and communication tool. Not special effects and stars, but an interesting and up-to-date topic is the main position of our programming. And finally, VOD and Quality TV, since we are also a broadcaster of three pay TV platforms. Edison Filmhub is indeed about Kino/Cafe/Theme/VOD.

Ivan Hronec: We are experts on the best festival films. Edison Filmhub is part of the Film Europe Media Company, which has cultivated Europe for almost 10 years by acquiring and distributing the finest selection of films from the main competitions in Berlin, 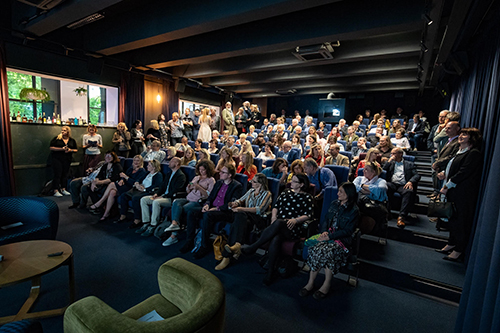 Venice, Cannes, as well as interesting films from Europe. We run three festivals of our own: Be2Can with films from Berlin, Venice and Cannes, Scandi with films from Nordic European countries and Crème de la Crème with the best selection of films from France.

This is the backbone of the Edison Filmhub programming. Additionally, there are trendy films from US studios, local productions and numerous non film events, such as book launchings, discussions, exhibitions. We have four screenings slots per day starting from 2 p.m. and ending before midnight. The café is open daily from 10 a.m. to midnight.

Ivan Hronec: We are facing an inflation of festivals values. There are too many festivals with questionable quality. Our Be2Can “festival” is more a distribution platform then a festival, a way for marketing films. There are numerous unnecessary festivals everywhere and they struggle to define their meaning. I am not ashamed to say that if a festival doesn't programme Film Europe films, Edison rarely cooperates with it.

They are more our competition than a help. Even big festivals such as the Karlovy Vary IFF are not a distribution or exhibition success guarantee for all films. There are three problematic aspects here. If a film is released more than two months after the festival screens it, than the press support has faded out.

Secondly, if the film simply doesn’t fit the Karlovy Vary audience expectations, which are more and more fun based than cinephile driven, then you have a film which is already badly reviewed and your distribution or exhibition strategy suffer. Last but not least - festivals, including the Karlovy Vary IFF, “eat" our audience and pay close to nothing. If we have a film in the main Karlovy Vary cinema with the over 1,000 seats, than I don't have that audience in Edison Filmhub or in other cinemas in the Czech Republic. Please note that we consider a success in the Czech art house distribution if we cross 3,000 admissions. So the cinemas & festivals & distribution relationship is very often a love-and-hate relationship. 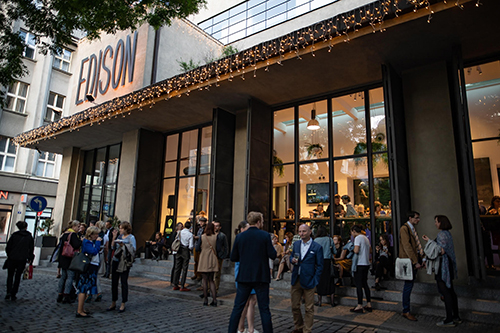 Ivan Hronec: Very much, but let’s define it first. Prague is a perfect size moderate city. Not very big, not very small. My local community is made of cinephiles and a culture-hungry crowd. Based on our 10 years of experience, they are about 10-15,000 people. So we are aiming to attract them. Edison Filmhub was opened on 1 June 2019. Today we cross 3,000 cinema admissions per month and around 6,000 café & bar guests per month. So my local community, or if you will, the core audience of Edison Filmhub, is 10,000 now and perhaps 25,000 people in the future, predominantly from Prague in both areas - cinema and café. Both Czechs and expats, since the majority of films screened are with Czech and English subtitles.

Our service for the community is based on the fact that Edison Filmhub is the only cinema which systematically screens quality films from top world festivals, very often the only cinema in the Czech Republic. Please note that we don't have any public money. Edison Filmhub is a 100% private enterprise, which offers the best art house films from the world and makes its revenues from services to the cultural community. I believe we are a pretty good example for public money donors and institutions.

The message is that culture is a high quality product. The Ministry of Culture, cultural departments from cities, donors, sponsors often pay millions for projects and activities which can be financed together with the private sector. Look around and see how many public money millionaires the system has created. They made their luxury living by vamping public money sources. It’s time to value cultural entrepreneurship and to punish cynics and fakes.

Ivan Hronec: So far we concentrate on morning school screenings and we are slowly developing a system for a school programme attached to the curriculum. But it will be more likely an additional activity, not a central focus of the Edison Filmhub. 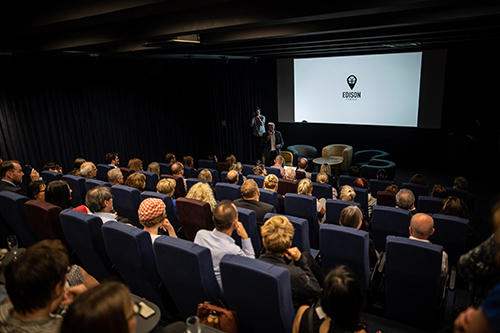 Ivan Hronec: Oh no, this question is passé. The challenge is CINEMA as cultural entity and its meaning in today's online world, not its digitalisation. Soon we will see more than 8K screens without projection, and holographic effects around. I am sure there will be an initiative that even this should be paid from our taxes. Until then, let me cultivate and run Edison Filmhub with a positive cash flow with the aim to be the best art house cinema in the world.