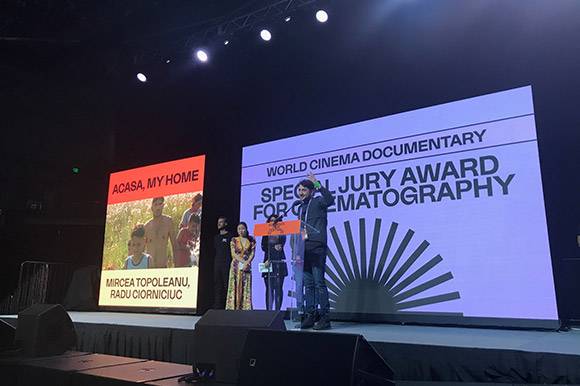 BUCHAREST: Radu Ciorniciuc’s debut documentary Acasă, My Home / Acasă was awarded the World Cinema Documentary Special Jury Award for Cinematography (Radu Ciorniciuc and Mircea Topoleanu) at the 42nd Sundance Film Festival, which wrapped on 2 February 2020. The film is a Romanian/German/Finnish coproduction, which is also coproduced by HBO Europe. Lithuanian minority coproduction The Earth Is Blue as an Orange by Iryna Tsilyk, received the Directing Award: World Cinema Documentary.

The first Romanian documentary selected for Sundance’s competition documented for four years the family Enache, who lived for 20 years in Delta Văcărești, a swampy area of 190 hectares at the outskirts of Bucharest. When the delta became the Văcărești Nature Park in 2014, the family were forced to enter and adjust to the civilised world. 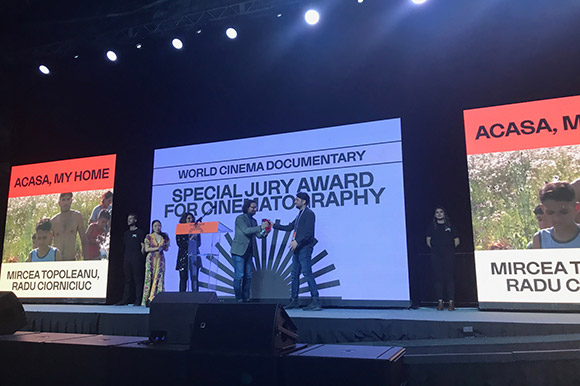 Acasă, My Home / Acasă was produced by Monica Lăzurean-Gorgan through Manifest Film in coproduction with HBO Europe, Germany’s Corso Film and Finland’s Kino Company, with UiPath Foundation as main partner and with the support from the Romanian Film Centre, the Romanian Television, Creative Europe, Cinelabs (Romania) and Beep Sound Postproduction (Czech Republic).

As a journalist, Radu Ciorniciuc has reported for The Guardian, Al-Jazeera, Channel 4 News and ZDF, and he has been awarded by the Royal Television Society UK (2014) and Amnesty International UK (2014), and received the Harold Wincott Award for Business Economic and Financial Journalism (2016).

The Earth is Blue as an Orange is a story about a family living in the front-line warzone of Donbas, Ukraine. While the outside world is made of bombings and chaos, single mother Anna and her four children have managed to keep their house a safe haven, full of life and full of light.

The film was also selected for the Generation 14plus section at the 70th edition of the Berlin International Film Festival, which will take off on 20 February 2020.

On 29 January 2020, the Czech student film Daughter directed by Daria Kashcheeva and produced by FAMU in coproduction with MAUR film, received the Short Film Jury Award: Animation at the Sundance Film Festival.