Winter Flies will represent Czech Republic at the Oscars 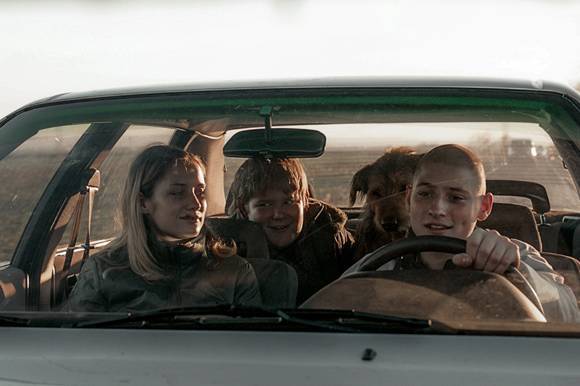 The Czech Film and Television Academy (CFTA) recommended the film Winter Flies to be nominated for the Oscar in the Best Foreign Language Film category. The film was directed by Olmo Omerzu and produced by Jiří Konečný (endorfilm). The academics were choosing from 21 Czech features and documentaries that had been nominated by the producers of the films themselves.

The voting, in which the academics have chosen the film representing Czech cinema in the competition for the Oscars, took place from 1st to 12th September 2018. Together with Winter Flies, there were several other films among the highly valued ones including Domestique, Jan Palach, Toman or The Smiles of Sad Men.

Winter Flies, a Czech-Slovenian-Polish-Slovak co-production directed by Olmo Omerzu, which recently premiered at Toronto IFF, is a road movie about friendship, adventure and great freedom. The story is about two boys who are not fifteen yet and they travel across the whole republic in a stolen car. The aim of their running away is the feeling of being free and a desire to experience something special. The film received the award for Best Director in the Official Selection - Competition at the Karlovy Vary International Film Festival earlier this summer.Olmo Omerzu was born in the capital of Slovenia, Ljubljana. He was only thirteen years old when he shot his first short film called Almir (1998). In 2004, he decided to move to the Czech Republic and study there. He graduated from Film Academy of Performing Arts in Prague and in 2012 he made his debut film called A Night Too Young, selected for Berlinale's Forum, for which he was recognized as the Discovery of the Year at the Czech Film Critics’ Awards. Following the success of A Night Too Young, he wrote and directed his second feature Family Film (2015), which world-premiered at San Sebastian IFF and received the Award for Best Artistic Contribution at Tokyo IFF, two Czech Film Critics’ Awards, and a number of other awards.

All three Olmo Omerzu's films including Winter Flies were produced by Czech producer Jiří Konečný and his production company endorfilm. Jiří Konečný is one of the most active Czech film producers, who worked on more than 20 features and documentaries including Czech minority co-productions "I Do Not Care If We Go Down In History As Barbarians", Little Harbour, Out or Aferim!.

Winter Flies will get a chance to represent the Czech cinema at the already 91st awards of the American Academy of Motion Picture Arts and Sciences, which will take place on24th February 2019 in Los Angeles. The nominations for the Oscars will be announced on22nd January 2019.

Tweet
More in this category: « ANIMARKT Stop Motion Forum announces 2018 programme A GREAT SUCCESS FOR THE 1ST EDITION OF THE EUROPEAN VoD MEETINGS »
back to top