Mostafa Derkaoui’s cinema under the spotlights 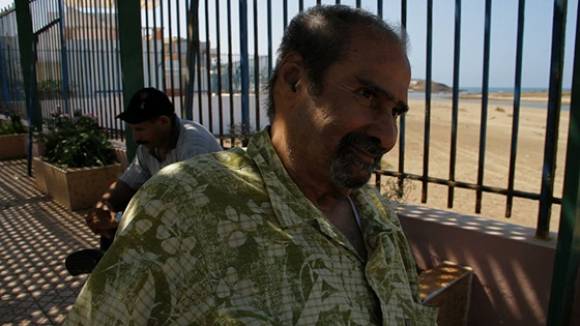 The documentary Librement, Mostafa Derkaoui (eng. Freely, Mostafa Derkaoui) by Sophie Delvallée is in its final stage of post-production. The main character, Mostafa Derkaoui, who studied in the Lodz Film School in the late 60’s, will come to Berlinale to attend the public screening of his first feature film De quelques événements sans signification (eng. About Some Meaningless Events) made in 1974.

Banned in Morocco and abroad for over 20 years, the film was only shown once, in 1975, at the Paris Film Festival. The original material, which had been lost, was finally located in Barcelona Cinematek which decided to restore it. It is this restored copy that the public in Berlin will be able to discover.

The story of About Some Meaningless Events, its censorship and restoration process, is also in the heart of the new documentary of Sophie Delvallée (Freely, Mostafa Derkaoui). The doc brings Mostafa back to his film school in Poland 40 years later. This journey is an opportunity for him to look back to the freedom of creation he experienced there, and for us it is a way to understand how his student films made in Poland foreshadow his first feature film aesthetically.

In this film, Mostafa Derkaoui finally speaks about the heavy tribute he had to pay after the banishment of his first feature film upon his return from Poland to Morocco, and how he managed to keep making movies.

Mostafa Derkaoui is now considered a pioneer of Moroccan cinema and one of the most prolific Moroccan directors.