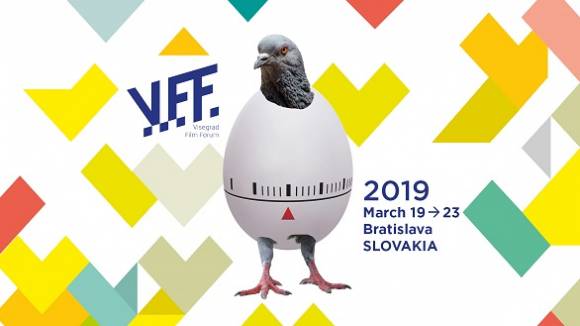 Highly praised makers of the Dark Knight trilogy, Nebraska and the Oscar-winning Roma are on their way to Bratislava!

Production designer Eugenio Caballero travels from Mexico to Bratislava to present his work on films such as Pan's Labyrinth (2006) or the latest Alfonso Cuarón film Roma (2018) to the participants. „In Pan´s Labyrinth all the sets were built from scratch, there was nothing there but a forest, everything is made with plaster, models, other spaces were built apart in forums, due to their complexity as inside the tree. the sets they were not large in size: the important thing is that they were visually impressive,“ says Eugenio Caballero, the author of the magic world. This collaboration on Guillermo Del Toro´s fantasy picture got him an Academy Award for Best Production Design in 2007.

He has received another Oscar nomination for Alfonso Cuarón's latest black and white film Roma. In many interviews he mentions that this collaboration was different from the previous ones especially because of the director's personal connection to the picture and the chronological shooting of the film. The scene preparations were always preceded by long conversations with Cuarón, and as the production designer Eugenio Caballero was the only one who read the complete script. In addition to these two films, Caballero participated in the making of the third sequel of Resident Evil: Extinction (2007), and Jim Jarmusch's The Limits of Control (2009) among others.

The Master of Special Effects

Film supervisor Mark W. Weingartner, ASC does not need to be introduced as anything other than a long-time collaborator of director Christopher Nolan, with whom he worked on films such as Dunkirk (2017), Interstellar (2014), Inception (2010) and the entire Dark Knight trilogy. In addition, he has contributed to blockbusters such as The Hunger Games and the Twilight saga. His main role is to shoot scenes that are later modified by special effects. His work brought him to almost every continent except for Antarctica. Apart from Hollywood megaprojects, he also has many small, independent films under his belt.

He started as a light technician in New York theaters. His first contact with Hollywood was on the set of Under Siege 2 (1995), where he saw the most extensive green screen in his life. After this film, he launched his Hollywood career and moved to Los Angeles. There he has shot films such as Apocalypto (2006), Mr. & Mrs. Smith (2005), Men in Black II (2002) and Mission: Impossible 2 (2000). The Visegrad Film Forum will be conducting a special 3-day VFX workshop in addition to a public lecture.

One of the most outstanding works of cameraman Phedon Papamichael, ASC, is the film Nebraska (2013), that received six Oscar nominations. The black and white aesthetic of this road trip film about a senior who believes he has won millions of dollars in the Nebraska lottery, beautifully highlights the hopelessness and austerity of this scarcely populated US state. Papamichael also collaborated with the influential German director Wim Wenders, including the film The Million Dollar Hotel (2000) starring stars like Mila Jovovich and Mel Gibson. He also shot with the director James Mangold in relation to whom it is important to highlight the film Walk the Line (2005), which portrays the life and death of guitarist and country singer Johnny Cash, played by Joaquin Phoenix.

Furthermore, the eight edition of Visegrad Film Forum will host Hakim Belabbes from Morocco and Marcin Łuczaj from Poland as well. Hakim Belabbes is a film director and teacher at Columbia College in Chicago who premiered his film Sweet Rain (2016) at the International Film Festival in Rotterdam. Marcin Łuczaj works as a sales manager for New Europe Film Sales, a Warsaw-based sales agency for both features and shorts, where he is responsible for feature film acquisitions and for the short film catalogue.

Tweet
More in this category: « The nominations for the Czech Lion Awards in the television categories have been announced Copyright Directive negotiators recognise European filmmakers’ right to benefit from the success of their works »
back to top