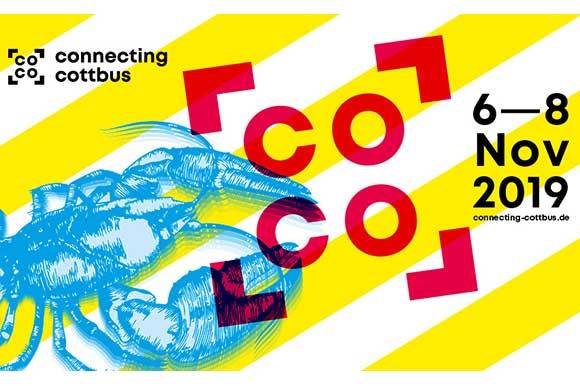 politics, lovers in space and a killer bunny

East-West co-production market connecting cottbus, taking place during FilmFestival Cottbus in November, presents its selection of 13 projects in development and 6 works in progress for its upcoming edition.

From 6-8 November 2019, the 21st edition of connecting cottbus (coco) presents fresh feature film projects to a select audience of co-producers, sales agents and other potential partners. In total, 13 cocoPITCH and 6 cocoWIP projects from 14 countries in broader Eastern Europe will be pitched. In alignment with the FilmFestival Cottbus section Spotlight: Montenegro, coco is pleased to present its first Montenegrin project. All projects compete for a variety of awards. Their producers and directors also take part in in-depth feedback sessions with industry experts in the cocoLAB, while all industry participants can join networking events and a framework programme focusing on current production trends.

This year saw the completion of a number of coco alumni projects: CAT IN THE WALL (Bulgaria/UK/ France) by Mina Mileva and Vesela Kazakova, winner of the coco Best Pitch Award 2017, had its world premiere in competition at the Locarno Film Festival, Ines Tanović’s THE SON (Bosnia and Herzegovina/Croatia/Romania/Slovenia/Montenegro) opened this year’s Sarajevo Film Festival. Alumni projects of the cocoWIP section include Antonio Lukich’s MY THOUGHTS ARE SILENT (Ukraine), winner of the Special Jury Prize in Karlovy Vary's East of the West competition as well as the Audience Award and Fipresci Prize for Best Ukrainian Film at Odessa International Film Festival, and ZANA (Kosovo/Albania) by Antoneta Kastrati, which just premiered in the Discovery section of the Toronto International Film Festival.

The cocoPITCH selection for this year comprises a large range of filmic styles and genres, from political thriller and road movie to dramas about war trauma or modern slavery, next to apocalyptic sci-fi and a romantic comedy set in outer space. The majority of the projects again have a strong female protagonist. Stories about immigration and exile are set alongside personal quests for moral integrity and struggles for autonomy or a sense of one’s own history. Seven exciting debut feature projects join new work by award-winning filmmakers like Ruxandra Zenide, Ivan Marinović and Sergey Dvortsevoy, who received the Special Pitch Award FilmFestival Cottbus 2018 to present his new project THREE, SEVEN, ACE. Pre-selected by coco at partnering events were Ion Borș’ CARBON, winner of the Transilvania Pitch Stop - coco Award at TIFF 2019, and RATTLESNAKES by Nikola Ljuca, which took the Midpoint - coco Award (Midpoint Feature Launch) at Karlovy Vary 2019.

The 2019 line-up of cocoWIP also has a variety in tone, including a slacker dramedy and a darkly comic revenge story, as well as psychological family dramas set against the backdrop of pressing socio-political realities. Impressive feature debuts dominate the roster in 2019, among them those by acclaimed Romanian theatre director Eugen Jebeleanu and Serbian director Milica Tomović, whose short film work screened in Toronto, Locarno and Sarajevo.

This year’s edition of connecting cottbus takes place on 6-8 November 2019.

Producers, sales agents, commissioning editors and other industry representatives active in East-West European co-production can apply to attend without a project by 7 October 2019.

Last modified on 2019-09-17
Tweet
More in this category: « Latvia Submits Holocaust story The Mover for the Oscars SOFA – School of Film Advancement continues its mission to support the realization of film-related projects in Europe »
back to top