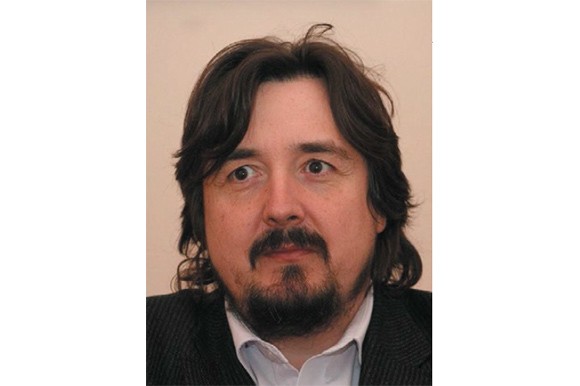 Owing to the recent war (1991-1995), Croatia is the only EU country with a considerable number of war widows. A new national family law abolishes distinctions between all forms of co-habitation, which means that many Croatian fighters’ widows who live with new partners can lose their rights to their late husbands’ pensions.

The country is in recession, so the government tries to fill the public coffers in every possible way. And so a secret Ministry unit is established to investigate all widows who might be transgressing against the state.

Krešo, an unemployed 40-year old biologist, acquires a job as inspector in this unit with the help of his high-ranking father-in-law. Dormant Krešo is supported by successful wife Sandra. In a seemingly functioning marriage in which they have a ten- year-old son, Krešo suppresses his lost self-esteem and self-confidence. He regards his new job as humiliating, and at first sabotages it, despite the protests of Šikić, his assigned partner, who is highly motivated by the incentives the government offers for each widow brought to justice.

But, pressed from all sides, Krešo decides to conform and manages to win several widows’ trust by falsely posing as a past comrade-in-arms of their husbands. Inadvertently, the widows begin to admit their transgressions, and Krešo becomes an overnight success. However this does not help solve the crisis of his marriage. An additional problem arrives when Krešo falls in love with war-.widow Dunia, to whom he lies about his true identity, and despite her circumstances, even signs her negative report.

On his last field trip, Krešo is obliged to bring his son along. Due to a series of mishaps, he is confronted by the tricked widows and their lovers, and is humiliated and denounced as a liar and impostor before his son’s very eyes. His employers are the only ones who are pleased. They offer him a promotion and a steady job with the police, which he declines in favor of his partner.

But with his new found self-esteem and a new environmental job that he had always longed for - there is a chance for Krešo to save what is most important to him - his own family.

PAVO MARINKOVIĆ He was born in Zagreb, Croatia in 1967, graduating Dramaturgy at the Academy of Dramatic Arts in Zagreb. His first dramatic works appear in the early nineties. His theatre plays, performed in Croatia and abroad, have garnered numerous awards (5 times «Marin Držić Award» winner). He has worked for the Drama Department of the Croatian Television from 1996 to 2005, supervising scriptwriting on some twenty long andmedium-length features, and several miniseries.

In 2006 together with Dražen Žarković, he co-directed the film «Trešeta»/ (Tressette – a Story of an Island») which had international premiere at 55th International Film Festival Mannheim-Heidelberg. Marinković was also the script writer. The film won 6 international and 2 domestic awards and has been screened on more then 30 international festivals. In 2009 Marinković has written and directed a feature „Ljubavni život domobrana“ („Love Life of a Gentle Coward“) as an independent project for the producer Alka film. This is the first feature he directed alone. It was premierly shown on Pula Film Festival where itwon 3 Golden Arenas (Best main actress, Best editing, Best production design). It was also shown on lot of international festivals. He recently finished a feature documentary „Occupation, the 27th Picture“ – the Czech- Croatian international coproduction. World Premiere was on International Film Festival Karlovy Vary in June 2013 and it was the opening film of Documentary Program on Sarajevo FF.

Pavo Marinković is currently living in Bucharest, Vienna and Zagreb.