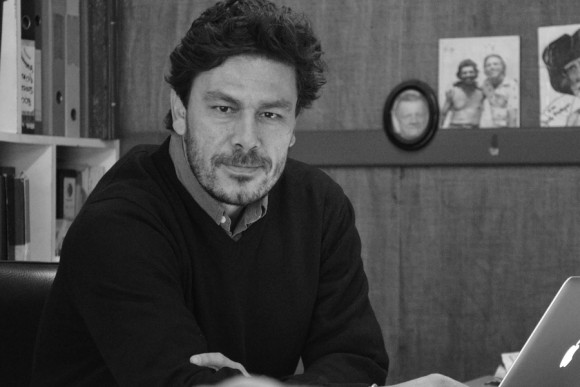 NICOSIA: Sunrise in Kimmeria (Κιμμέρια), the debut feature of Simon Farmakas, will start shooting on 16 March 2015, with plans for a hybrid distribution strategy incorporating traditional cinema, DVD and television releases with online distribution.

This dramedy tells the story of Skevos, a mild-mannered young man who, struggling to pay off his father’s debts, gets caught up in an international incident when a strange, bleeping sphere tracked by foreign Intelligence Agents crash-lands into the potato field of his remote village.

Farmakas, who drew attention with his first short film Airport for Sale, selected at the Oberhausen Short Film Festival, wrote the script. Vladimir Subotic is the DoP. FotoCine Studios FKS Ltd, one of the oldest production companies in Cyprus, is producing.

"The budget of 750,000 EUR is partly covered by the Cultural Services of the Ministry of Education and Culture, the Cyprus Broadcasting Corporation, DD Media Studios, FotoCine Studios FKS Ltd and the South Eastern European Fund. The 100% of the budget is in place, but, we are still looking for more finances," Farmakas told FNE.

Shooting will take place entirely on location, mostly on the Eastern coast of Cyprus and in Luxembourg City, and will wrap on 29 April 2015. The film is set to premiere at the Thessaloniki Film Festival in autumn 2015. FotoCine Cyprus is handling the international sales.