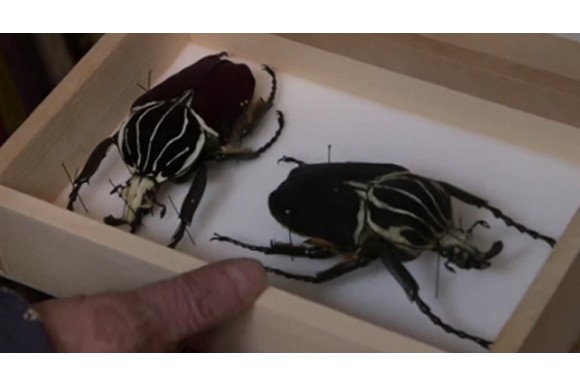 PRAGUE: Internationally acclaimed Czech surrealist and animator Jan Švankmajer has launched an Indiegogo crowdfunding campaign for his new feature length project Insects. The campaign was launched via his production company Athanor last week, seeking the final 25 percent of the film’s budget from his fans worldwide.

Insects, which the 81-year-old Švankmajer plans to be his last film, is about a small amateur theatre group rehearsing the Čapek brothers Insect play in a local pub. As the rehearsal progresses, the actors experience frightening transformations, slowly becoming the insects themselves.

“The Čapek brothers' play is very misanthropic. I've always liked that — bugs behave as human beings, and people behave as insects. My screenplay extends this misanthropy further while also reflecting Franz Kafka and his famous Metamorphosis," Švankmajer said in a statement on the Indiegogo site.

Švankmajer and his producer Jan Kallista have been looking for financing for the project for several years. Out of the total budget of 45 m CZK / 1.7 m EUR, they already have reached 75% of their goal, having received the maximum possible support of 10 m CZK / 370,000 EUR from the State Cinematography Fund and over 9 m CZK / 344 m EUR from Czech TV. The crowdfunding goal is 150,000 USD / 134,000 EUR. They already have more than a half of that amount, with a whole month to go.

If the funding is in place, shooting will start at the end of summer or in early autumn 2016, with an estimated 170 filming days. Production and postproduction should be finished in the second half of 2018.