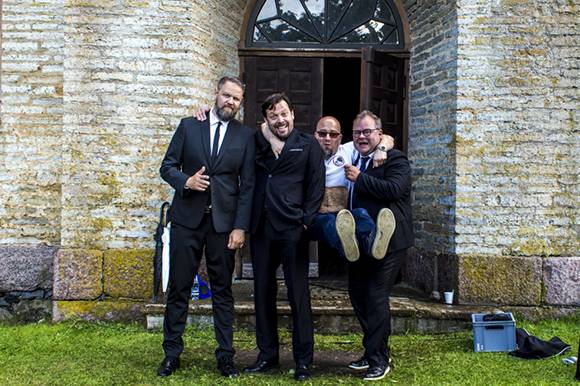 TALLINN: Class Reunion 2, the sequel to the remake slapstick comedy Class Reunion / Klassikokkutulek directed by Rene Vilbre, broke the all-time opening record in Estonia. The film produced by Taska Film is now among the four Estonian films with 500,000 EUR gross.

The film was released by Vaata Filmi on 16 February 2018.

Just as Class Reunion, the sequel is also based on a Danish film, The Reunion 2: The Funeral / Klassefesten 2: Begravelsen (2014) directed by Mikkel Serup.

Class Reunion had almost 190,000 admissions in 2016 and became the most viewed film of the independence era in Estonia.