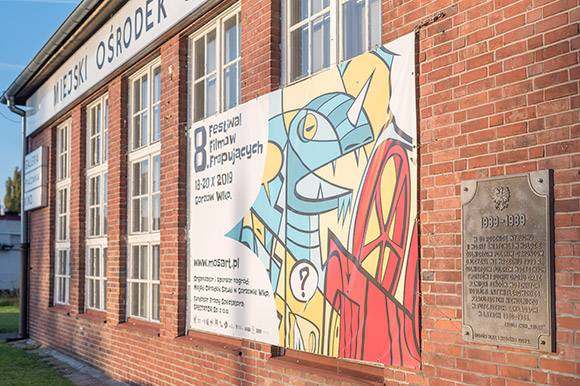 The building of the cinema in the Art Centre

This month we speak with Iwona Bartnicka, Film Culture Department Manager within the Art Centre (MOS) Gorzów Wielkopolski, Poland, who is in charge of the cinema 60 krzeseł. The cinema was established in 2002 as a part of the Art Centre in Gorzów Wielkopolski. It screens art house films and also organises events and educational programmes on film and media. Among others it hosts the film club DKF Megaron, which received the Polish Films Institute Award in 2016. 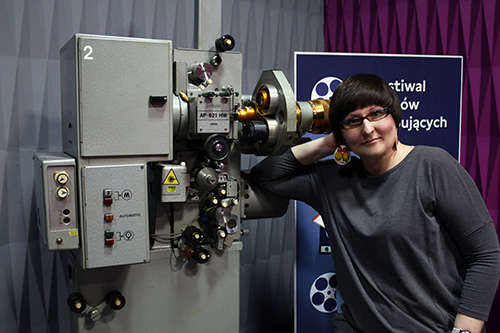 The cinema has been a member of the Polish Arthouse Cinema Network since 2006 and it joined Europa Cinemas in 2018.

Iwona Bartnicka: The biggest challenge is, I think, building a cinema community and keeping our viewers' trust. This is the biggest challenge, but also the most rewarding one. We are a small art house cinema with a specific repertoire. When the viewers come to us, they know it will be different - not always simple, sometimes quite new, but an interesting film experience.

They share their opinions with us, they ask about films and events, and some of them even call 60 krzeseł “our cinema”, which is the biggest compliment for our whole team. Once, inspired by Shine, which we screened, some of our viewers went to a David Helfgott concert in London. They sent us pictures, it was amazing. We treat the audience as friends and our goal is to keep that family atmosphere. We want them to come back to 60 krzeseł, be a part of it.

Sometimes the challenge is also the cooperation with big distributors, because they have specific terms and high fees. On the other hand, negotiations are an interesting part of my work. 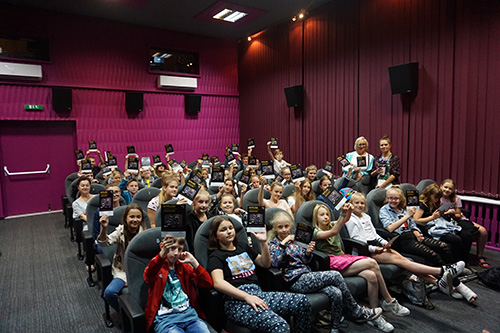 Iwona Bartnicka: We mostly screen European films, including Polish productions and especially art house films. We don’t have blockbusters in our repertoire. 60 krzeseł embodies our passion for the cinema and the way we like to watch and experience films ourselves. We try to convey this to viewers.

I grew up with film classics. My grandparents, especially my grandmother, watched a lot of films, and I watched them with her, even though I wasn’t allowed to because I was too young for most of them. These films built my taste, which I use when I screen titles that interest me in festivals or which I see as important, because they bring something new to the audience. They may be critically acclaimed, but also small independent films which I want to show to our viewers because I know that’s the only occasion for them to see them.

These films require viewers to focus, think and experience them more deeply, so in our cinema there is no popcorn, no snacks or long commercials. We think of Kino 60 krzeseł as a place where you can feel the magic of the cinema. 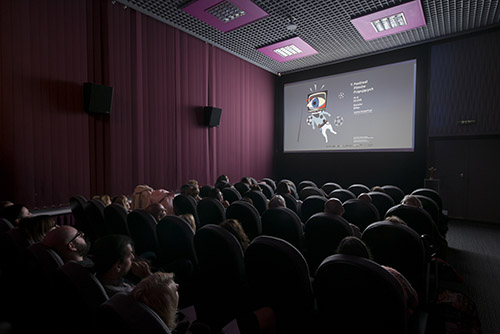 Iwona Bartnicka: They give viewers the possibility to acknowledge the cinema’s diversity, to find new voices in Polish and world cinema and to see films outside the regular distribution, which sometimes they would not see on their own. Festivals or retrospectives are a huge cinema feast for viewers and for us, as well.

We bring to our place a part of that special atmosphere, we invite guests. Festivals are also an opportunity to give prizes and to promote young directors or less known films. During such events we reach new audiences, we talk to our viewers and they can meet people they know from the big screen. That builds up the feeling that they participate in something more important than a regular film screening. 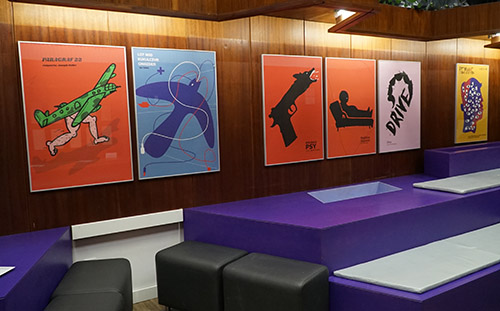 Iwona Bartnicka: 60 krzeseł has been a part of the network since the end of 2018. So this is still very fresh for us. We are honoured, it means huge prestige. I’d been waiting for a chance to apply to Europa Cinemas for some years, but we didn’t have enough seats. After the modernisation we increased the number of seats and applying became possible. Being a member brings benefits like financial support, but also the occasion to exchange experiences and to find about other network cinemas' practices in developing audience or promotion.


FNE: How does a cinema like your serve the local community?

Iwona Bartnicka: We invite local viewers to our cinema like we invite guests to our homes. That’s our philosophy. They feel a part of a community, we recognise most of them by names. Often they come to us and 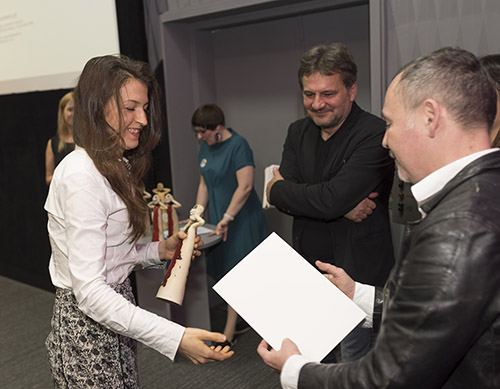 ask if we will screen specific titles. Even if they run in two other multiplexes, they prefer to see them on our screen.

We organise premieres of domestic films and it is always an honour when the directors choose us. We also organise Q&As with Polish film crews and special screenings in cooperation with local associations, the city police or other municipal institutions.

We also run an educational programme for children and youth. Every Thursday we have the film discussion club meetings of DKF Megaron, which will celebrate its 55 years of existence in 2020. All we do is teach the audience that cinema is not only entertainment, but also art, and the best way to understand is to discuss and to share opinions with other people. The more you know, the closer you look, the more actively you participate, the more rewarding it will be. 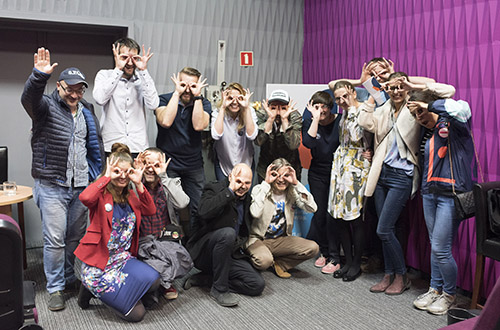 Iwona Bartnicka: Apart from regular screenings for young audiences, we have an original programme called Interdisciplinary Audiovisual Academy, which consists of lectures as well as film and media workshops. Participants can acquire practical skills in film production, learn about history or theory of film, but also broaden their knowledge in communication and self-presentation. Some of our courses are based on films about young people’s problems or difficult situations. It helps them to talk about their feelings.
We cooperate with all types of schools and some of them have been participating in our workshops or lectures since the beginning (18 years now). From time to time we also organise open film workshops. Working with young audiences is a very important part of our activity. We are bringing up a new generation of our audience.

I currently run regular classes at the Young Film Academy and I personally see the difference in young people's perception of film at the beginning and end of the course. 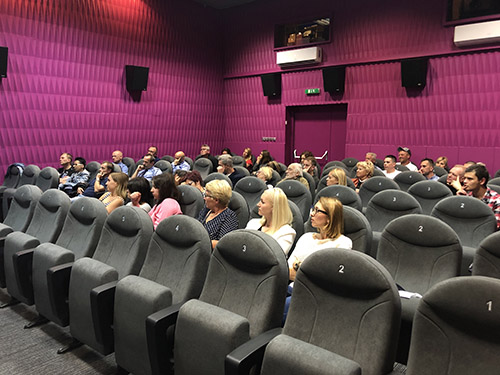 Iwona Bartnicka: The digitalisation brought high quality, quick access to film premieres and a greater variety of films, including classic titles which were unavailable to get and which now we can screen for today's audience. It is also easier for the technician and for the whole cinema crew. For example, you don’t need to drive the copy to the train station at 3 am, as it was the case with 35mm, because they were very few.

But, as one of few cinemas in Poland, we still have the 35mm projector and we run special screenings from time to time. This is the history of cinema and I want to continue to keep that old fashion style. This is the best way to feel the soul and magic of cinema.