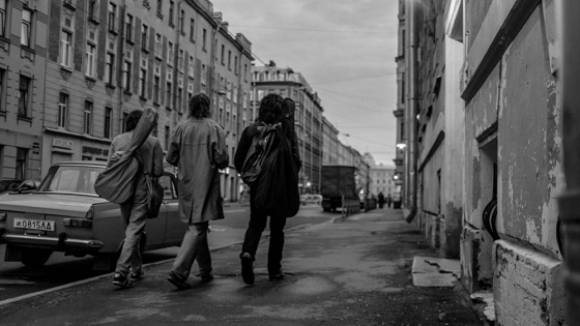 As an instrument for cultural and political change, music plays a vital role in the fight for freedom. This year, music will also be at the center of the 24th Vilnius International Film Festival Kino Pavasaris, with Kirill Serebrennikov’s Summer (Leto) set to open the festival on March 21.

In his latest feature, Serebrennikov follows young musicians as they search for an escape in Leningrad’s underground rock scene of the 1980s. For young people who lived in the Soviet Union, freedom was defined by the music of Bob Dylan, The Beatles, David Bowie and others whose songs are included in Summer. Though fictionalized, the film pays tribute to Viktor Tsoi, the charismatic leader of the legendary band Kino.

Summer premiered at Cannes, where it competed for the Palme d’Or and won the Cannes Soundtrack Award. The film explores what it means to strive for artistic freedom while oppressed by restrictions. It therefore seems symbolic that Serebrennikov, an outspoken critic of Vladimir Putin, finished making Summer under house arrest.

This year, Vilnius IFF will pay tribute to emerging new filmmakers as well as already established masters. The festival will screen Hirokazu Koreeda‘s latest audacious drama Shoplifters, winner of the Palme d’Or and Academy Award nominee in the Foreign Language Film category. Also included in the programme are Nadine Labaki’s compelling story about anger and neglect Capernaum, which won the Cannes Jury Prize, and Berlin-based artist Jeremy Shaw’s psychedelic Quantification Trilogy . The complete festival line-up will be announced at the end of February.

Selected features will be screened across 5 sections: Festivals’ Favorites, Discoveries, Critics’ Choice, Masters and Competition of European Debuts. The programme will also include the retrospectives of two exceptional and unconventional master filmmakers who will be announced soon.

The carefully selected programme and festival guests will invite filmgoers to stop rushing and let their imaginations take over. For two weeks, the 24th VIFF Kino Pavasaris promises to inspire, shock and encourage to take action.