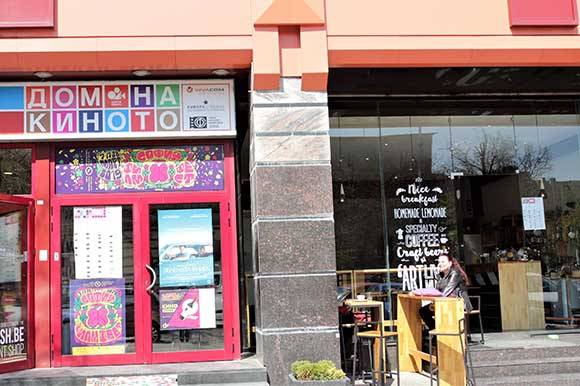 SOFIA: Restrictions imposed on Bulgarian cinemas have been eased following protests by Bulgarian Association of Cinemas. The authorities have decided to amend the initial “prohibition of cultural and public events and mass gatherings due to COVID-19” allowing theatres with less than 250 seats to sell tickets on the condition that they skip a row and a seat.

The restrictions on cinemas have lead to the dates of a number of scheduled premieres being changed due to the coronavirus threat, while for the moment most of the theatres remain closed.

The Sofia Film Festival, which was cancelled due to fears over the COVID-19, has announced that the 24th edition of the event could kick off on 3 June 2020. The event was originally scheduled to take place 10-20 March.

Festival director Stefan Kitanov said that the screening schedule will stay unchanged and that the prognostic dates have been discussed with the main Bulgarian institutions supporting the festival and the EU Creative Europe programme.

"Due to the emergency situation, we need clear rules. And we are following the rules of our national institutions, which in turn comply with the European Union. Therefore, we have stopped the festival, we have postponed it. As we are also managing the Cinema House in Sofia, we have closed it. At the same time, we think that a defect can turn into an effect as now the audience will have more time to discover how rich the festival actually is”, Kitanov said during an interview broadcast by the Bulgarian National Television.

In the meantime, following the protest of the Bulgarian Association of Cinemas, the authorities have decided to ease the initial “prohibition of cultural and public events and mass gatherings” allowing theatres with less than 250 seats to sell tickets but only at a condition to skip a row and a seat.

Premieres that have had to be changed due to the restrictions on cinemas include the long-awaited domestic premiere of Kristina Grozeva‘s and Peter Valchanov’s The Father (Abraxas Film), which had been planned for 2 April 2020 and was moved to September 2020.

The release of Will Gluck’s Peter Rabbit 2: The Runaway, which had been planned for 19 March 2020, was moved to 7 August 2020 and Cary Joji Fukunaga’s latest James Bond film No Time to Die will be distributed in November 2020 instead of April 2020.