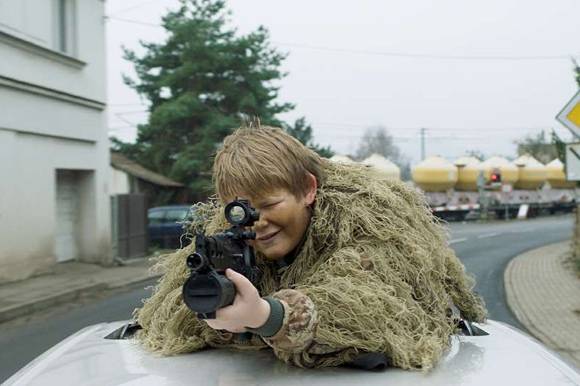 ZLIN: Winter Flies, a new film from Olmo Omerzu, coproduced by the Czech Republic, Slovenia, Slovakia, France and Poland, is being readied for a summer 2018 release.

In Winter Flies, a "mischievously self-assured Mára and somewhat eccentric Heduš set out into the frozen wastes in search of adventure – by car, naturally. After all, Mára's turning fifteen soon. A road movie about the flies that occasionally buzz around even in winter, and a story – before it ends at the police station – that tells of the elusive bond of boyhood friendship."

"It is the third film of Olmo Omerzu, director based in Prague. It is a coproduction from five countries. This film is also about to be finished and it will be released soon, following an international premiere in Karlovy Vary," said Barbora Ligasová from the Czech Film Center following a special Focus: Czech cinema presentation held during the 58th Zlin IFF, running through 3 June 2018.

The film is produced by endorfilm and coproduced by Punkchart Films, Koskino, Cvinger Film, Czech Television and Rougue International. The film received support from the Polish Film Institute, the Czech Film Centre, Slovak Film Institute, Slovenski filmski center and Javna agencija RS
.
Winter Flies will premiere internationally at the Karlovy Vary IFF, where it will be screened in the Main Competition.

endorfilm
http://www.endorfilm.cz/
This email address is being protected from spambots. You need JavaScript enabled to view it.