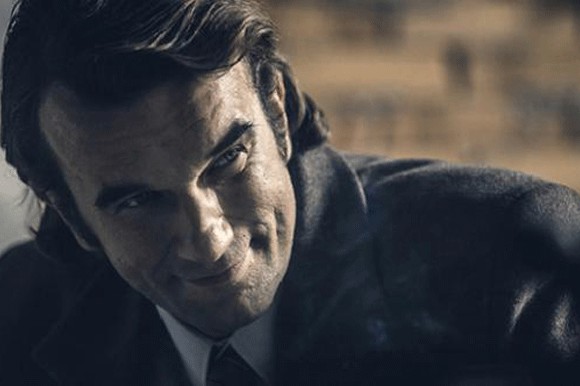 Polish film production has moved to the top ranks of the CEE film industry, thanks to the commitment to film funding through the Polish Film Institute and a strong system of regional film funds. Polish broadcasters also continue to play an important role in film production, coproducing many Polish films. However, Poland continues to lag behind its CEE neighbors in introducing film incentives for foreign productions.

Celebrated Polish productions of 2014 include Gods directed by Łukasz Palkowski, winner of the Golden Lions at the 39. Gdynia Film Festival and the number one box office hit in Poland with over 2m tickets sold. The film was produced by Piotr Woźniak-Starak and Krzysztof Rak of Watchout Productions in coproduction with Agora, Born To Film Productions, Digital 35, Fundacja Sztuki Filmowej Ingenium, Orange with a budget of 6 m PLN with 2 m PLN of production financing from the Polish Film Institute. The film opened also in the UK on 24 October distributed by Project London Productions Ltd. Another major and significant project for Poland this year was Warsaw 44 directed by Jan Komasa, produced by Akson Studio with a major budget of 25 m PLN in co-production with Telewizja Polska, Orange Polska, Narodowe Centrum Kultury, Mazowiecki Instytut Kultury, Mazowiecki Fundusz Filmowy, Muzeum Powstania Warszawskiego. Other top films of the year include Jack Strong from Władysław Paiskowski, producedby Scorpio Studio and co-producedby ITI Cinema and Orange Polska; The Mighty Angel directed by Wojciech Smarzowski and produced by Profil Film Jacek Rzehak.

The 2013 film Ida continued its success in 2014, receiving a Golden Globe nomination for Best Foreign Language Film and EFA nod. The film directed by Paweł Pawlikowski is a Polish-Danish coproduction shot in black and white produced by Opus Film in co-production with Canal+ Cyfrowy and Phoenix Film Ivestment. It was also a major Polish box office success in France (over 500,000 tickets sold), UK (over 400,000 tickets) and USA (over 500,000 tickets). Opus Film entered Ida in five Oscar categories including Best Picture and Best Supporting Actress.

The biggest successes in international sales was Ida, sold to over 30 countries including US, Canada and Israel. Wałęsa represented by Films Boutique also surpassed the 30 country mark with distribution in France, Canada, US, Norway and Brazil; and Andrzej Jakimowski’s Imagine, represented by Beta Cinema, which was sold to over 20 countries including Russia, Canada, the US and Germany. Papausza produced by Argomedia sp. z o.o. in co-production with Telewizja Polska S.A., Canal+ Polska, Studio Filmowe KADR, a story of the first Gypsy poet, directed by Krzysztof Krauze was sold for regular distribution in UK and Macedonia by New Europe Film Sales. In the Name Of directed by Małgorzata Szumowska opened in Germany, France and Belgium. The film was produced by MD4. Floating Skyscrapers directed by Tomasz Wasilewski and produced by Alter Ego Pictures was distributed in France and the UK.

Poland has over a thousand cinemas, with 80% held by the big multiplex cinema chains. The leading companies are Cinema City with 62 multiplex cinemas with 538 screens and 110,000 seats and Helios with 33 cinemas and 166,000 seats. Multikino with 22 cinemas and 44,000 seats was acquired by a British company Vue Entertainment in October 2013. There are also more than 600 single screen cinemas. The average price of a cinema ticked is 4.48 EUR. Poland is heavily engaged in the digitalisation of its cinemas under the Polish Digital Cinemas Network, a special programme of PISF with the support of The National Film Archive. Since 2011, a total of 99 cinemas in 88 cities have been digitalised.

By December of 2014 the number of titles distributed in Poland surpassed 240, with the three top spots in the box office held by Polish productions. The art-house cinema is also doing well in Poland. By late November the biggest arthouse multiplex cine in Europe, the The New Horizons Cinema located in Wrocław had sold 1 million tickets.

Poland appears to be some years away from adopting film incentives, but the Polish industry is active on the international market and has special production agreements with several countries including France, China and India. The leading film institution providing funding for film production is the Polish Film Institute, created in 2005 as a result of the Cinematography Bill and modeled after other European film institutions. A total of 70% of its yearly budget is destined for film production with the remaining amount going to scriptwriting, development, international promotion of Polish film and cinema modernization.

The Polish Filmmakers Association (SFP) has over 1,700 Polish film professionals as members. The SFP is involved in organising film events including festivals and a presence at major markets. The Association also has initiated an on-going cooperation with China and has produced a series of festivals showcasing their respective film industries to audiences of both countries and a coproduction agreement with the production of the first title planned for 2014. Munk Studio, which operates within the structure of the SFP, produces short and full-length debut films of young filmmakers. Polish producers are members of the Polish Audiovisual Producers Chamber of Commerce (KIPA) established in November 2000 to protect “the economic and legal  interests of  the Polish audiovisual sector.”

Poland has a well-developed network of regional film funds with 11 active funds. The film funds offering production support as coproducers or funders are: Gdynia FF; Lower Silesia FF; Lublin FF; Łódź FF; Małopolska FF; Mazovia FF: Poznań FF; Silesia FF; Western Pomerania FF and Wielkopolska FF. The Polish market has also a very active network of film commissions, created in order to support the organisation of productions in the regions, located in the Lower Silesia, Małopolska, Mazovia, Silesia and Wielkopolska regions and the cities of Łódź and Poznań. Film Commission Poland was created to centralize all these activities as the first source of information when it comes to organizing production in Poland. 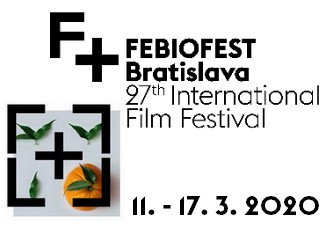