It was the second year as fest director Azize Tan who took the helm in Istanbul last year and the festival functioned with the smooth organization that has become its trademark.

Turkish film has been in the spotlight since Nuri Bilge Ceylan, won the Grand Jury Prize in Cannes in 2003 for his film Distant. This year’s Golden Tulip winner for the international competition was the Turkish film Egg directed by Semih Kaplanoglu which had its world premier in Cannes last year. Istanbul seems to have developed a synergistic relationship with its French colleague. Nuri Bilge Ceylan which has just been finished and was not screened in Istanbul although there are rumours of a possible Cannes slot.

Another hot tip is that AROG the scifi comedy sequel to the hugely successful Turkish international blockbuster GORA and starring Cem Yilmaz is ready to start shooting next week. The film is expected to be ready for delivery at the end of this year. GORA made over 30 000 USD at the box office and was distributed throughout Europe mostly to Turkish speaking audiences.

While Omer Vargi’s drama For Love and Honor screened out of competition it had already taken top honours at the Turkish box office with over two million admissions earlier this year. Not seen in the festival but providing further evidence of the popularity of Turkish film at home is the comedy Recep Ivedek which fest goers could see was still packing in the crowds with over four million admissions. The film stars a popular Turkish TV star and while not arthouse fare Turkish exhibitors are certainly not complaining.

Turkish cinema as a whole had over 50% of the local box office last year which makes it the most popular local cinema in Europe. It’s a far cry from the mid-1990’s when a Turkish film was lucky to get 5000 admissions.

The International Jury of the 27th International Istanbul Film Festival presided over by Michael Ballhaus and composed of Joan Dupont, Selim Eyüboğlu; Bent Hamer, Pawel Pawlikowski, and Kirsi Tykkilainen has decided to give:

The National Jury of the 27th International Istanbul Film Festival presided over by Semih Kaplanoğlu, and composed of Sylvain Auzou, Pınar Kür, Michèle Maheux and Nurgül Yeşilçay has decided to give:

The Ministry of Culture and Tourism of Turkey gave a monetary prize of 50,000 YTL to each of the above-mentioned winners.

The Ministry of Culture and Tourism of Turkey gave a monetary prize of 10,000 YTL to each of the above-mentioned winners. 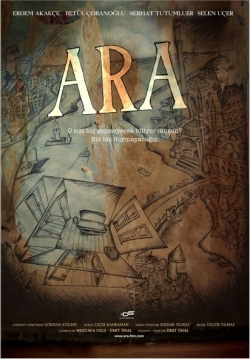 The FACE Award (Council of Europe Film Award) is presented to the director of a film that arises public awareness and interest in human rights issues, creates better understanding of their importance, and best reflects the Council’s values of respect for human rights, individual freedom, political liberty and the rule of law. The award includes a sculpture in bronze and a cash prize of Euro 10,000. It is awarded as part of the Human Rights in Cinema section of the festival. The Human Rights Jury of the 27th International İstanbul Film Festival is composed of Nurdan Arca, Philippe Boillat, Tony Gatlif, Abderrahmane Sissako and Jan Vandierendonck decided to give the award to:
· “BLIND MOUNTAIN” by Li Yang (China) for “for its powerful message against all violence, no matter its form to women all over the world, because this message is both universal and timeless.”

As in the previous years, Efes Pilsen has given a prize of US$ 30.000 to the winner of the Onat Kutlar Prize, Seyfi Teoman, to be used for his next film project.

PEOPLE’S CHOICE AWARDS sponsored by the Radikal Newspaper and determined by the votes of the Festival audience, are given to:

Organised for the first time within the Meetings on the Bridge series of seminars, the Feature Film Project Development Workshop Award was given to Belma Baş for her project “ZEFİR / ZEPHYR”. Thirteen projects remained from the 113 applications after the pre-selection by Zeynep Özbatur, Fatih Özgüven and Derviş Zaim. From among these 13 projects, Karl Baumgartner, Gergana Dakovska, Ellis Driessen, Marit van den Elshout, Isabelle Fauvel, Noemi Ferrer, Chinlin Hsieh, Michel Reilhac, Jan Vandierendonck selected “ZEPHYR”. The winning project will also be presented a monetary award of US$10.000 with the support of the Ministry of Culture and Tourism of Turkey.